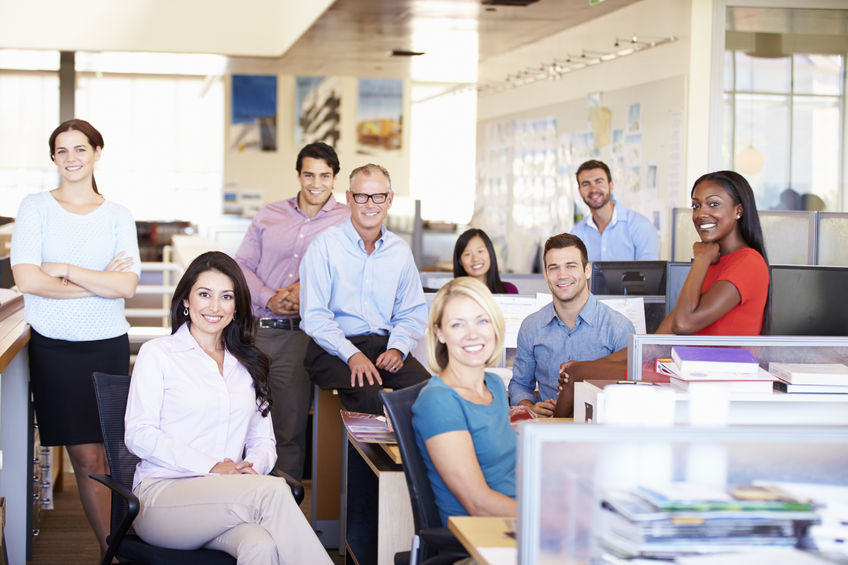 What does it look like when a leader is skilled in the Organizational Awareness Competency? Here are some examples I’ve seen in my work as a consultant and technology executive.

One leader at an international financial institution understood the importance of communicating in a way that addressed the needs of different people in the organization. Each group has its own interests and “language.”

As the executive sponsor for a critical program, he realized that he needed to communicate to a wide array of players, each with their own perspective.

He crafted a message to the board of directors, considering their need for a high-level summary, the ability to delve into details as they saw fit, and a focus on profits and impact on the organization’s strategy. He crafted another communication for the shareholders of the company, considering their interests. Then, he addressed the nuances needed to communicate with the news media, the organization’s executives, leadership at the next levels, and the technologists, clerks, administrators, and other people doing the day-to-day operational activities needed to make the program a success.

Each communication was a true reflection of the program, though, at a level of detail, in a medium and language that was tailored to each role and highlighted issues and concerns relevant to each group.

A leader with organizational awareness uses his or her understanding of the nature of the relationships, hierarchies, and decision-making processes to communicate more effectively.

This leader knew that he was more likely to get buy-in from the various groups and individuals because he communicated in a way that resonated with them. He understood their values and how they made decisions. Buy-in then got him the funding he needed and gave him the ability to manage expectations in a more effective way. Therefore, he could be more successful and respected as a leader. That respect translated into greater effectiveness.

Communication is one primary element of organizational awareness.  Another is the ability to take a systems and process view of the organization.  The effective leader is able, on a day-to-day level, to resolve issues by focusing on their causes. This requires recognizing that those causes are rooted in the organization’s structure, policies, procedures and processes. Leaders skilled at organizational awareness have a greater sense of the bigger picture.  They see issues in the context of the complex interactions among departments, individuals and competing values in play.

“Someone with strong organizational awareness abilities offers multiple perspectives on an idea.”

As a consultant, I worked on a project with an international bank to reengineer the process they used to provide large-scale commercial loans to their clients. The bank’s leadership wanted a more automated system better control the bank’s global credit exposure. The organization dynamics we needed to deal with related to the business process as well as the information technology organization and its involvement.

There were a main IT department was responsible for technology applications for the bank’s central office and relatively autonomous  IT departments in outlying regions –  Europe, Asia, and Latin America. That meant there were siloed groups processing and managing credit related data in different ways.

Organizational awareness enabled us to see the potential for communication and decision-making difficulties between those different players in the IT world.

The bank’s leadership of the recognized that there were large personality and political differences between the IT departments and that it was impossible to reconcile those differences in the short-term. So, we crafted a solution that removed the program from the IT world and put it into a newly organized Product Management office. That office would  define, design and manage the program and coordinate the efforts of all other departments, including the IT departments, and vendors involved.   . The IT organizations were doing a great job individually, but coordination among them was contentious.

The product designers crafted an architecture that enabled continued autonomy among the groups, minimizing change in other business areas, while getting the desired result – comprehensive and accurate data that reflected the global exposure to families of companies, countries and industries.  The IT folks could focus on what they do best, and we took the communication and coordination challenges off their hands.

The use of organizational awareness here prevented what could have been a failed program.  Getting the IT silos to work together to design a new system to replace their existing systems would have taken years of tedious effort and a super-human facilitator.  It is likely that compromises among the IT groups, known for vying with one another for control and influence, would have been sub-optimal. By Understanding the character and the different interests of each department, leaders created a solution that was embraced by all, and resulted in a cost effective, timely outcome.

Here are two examples of how it pays to have “organizational awareness.” 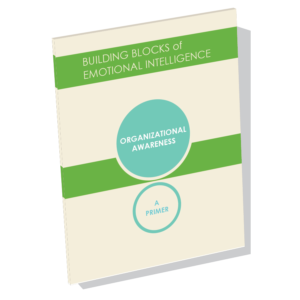 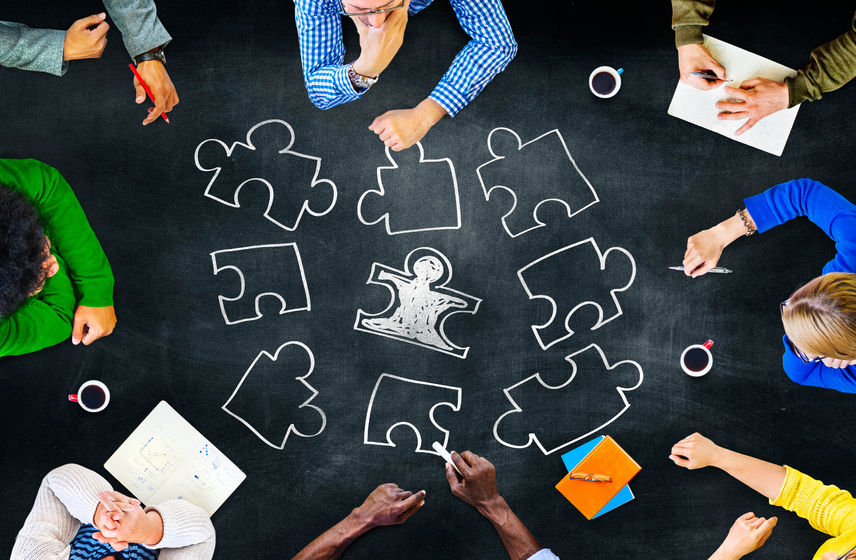 Have you ever worked with others without first making sure each person knew what everyone else expected? Without agreement about what is supposed to be delivered, by when, for how much, and by whom, you often experience unnecessary pain. Managing expectations””influencing the beliefs people have about something being the case in the future””avoids the pain and increases the likelihood of success. What do I mean by pain? Here’s an example.

The marketing team of a small software company planned a short video promoting their new app. Lisa drafted a script, then sent it for review by others in the firm. After review and editing, AJ would create visuals needed to accompany the script. AJ had arranged for a videographer to film the piece and actors to play the parts.

On the day of the final script deadline, the managers reviewing the script told Lisa they wouldn’t deliver their input until the next week. Frustrated, Lisa sent a message to the team about the delay.

Whenever a group works together, each person has expectations, whether they’re explicitly stated or not. With the promo video plan, roles were defined and deadlines were set. What wasn’t considered was uncertainty. Did the script reviewers understand the need for a hard-and-fast deadline? AJ certainly did.

Managing expectations is something we all do every day in real-world situations. The goal is to manage expectations to achieve success in whatever you do.

Success is measured in how well you satisfy the people who have a stake in your performance. You satisfy them by setting and meeting rational and meaningful expectations – your own and those of all of the stakeholders. Managing expectations relies on blending a crisp analytical approach with the interpersonal skills needed to negotiate win-win understandings of the vision. Vision is just another term for expectations. The vision isn’t limited to just the nuts-and-bolts of what, when and how much, it includes the process to get to it – are people happy? Are relationships healthy? Is there a productive, sustainable flow?

When expectations are not satisfied, the disappointment and discord can be disturbing and difficult to manage. When setting expectations, conflicts arise.

How Do You Manage Expectations?

Expectations management is a five-step process to make sure that expectations are:

The five steps in the Expectations Management Cycle are: 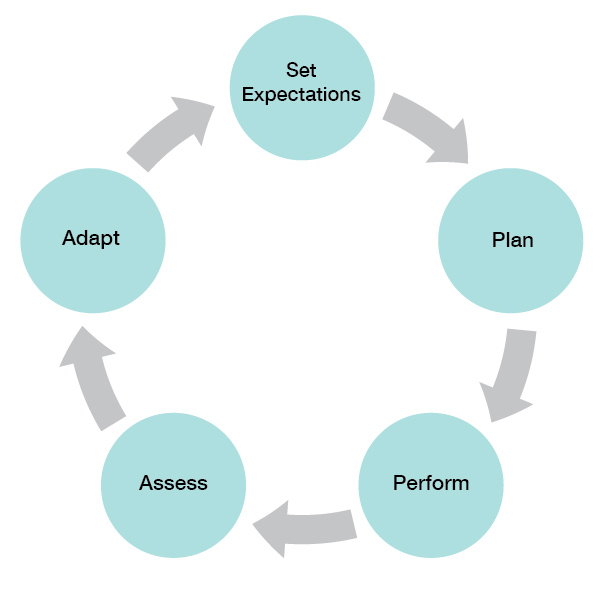 Do you and your teams suffer from unmanaged expectations? If you do and you are tired of avoidable arguments, disappointments, and complaints, then commit to action. Make sure you take the time and effort to set mutually understood, rational expectations before you deliver your results. Expectations set direction and are the criteria for measuring success.

Managing expectations is an essential component of project planning, and is most effective when done right at the beginning.

Learn more about managing expectations with mindfulness and strategy in my new book: Managing Expectations: A Mindful Approach to Achieving Success. 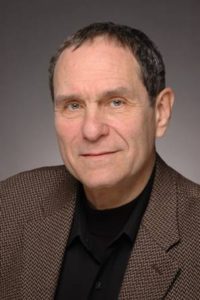 Key Step Media contributing author George Pitagorsky, PMP is a multi-disciplinary coach, consultant, author, and speaker with expertise in project management and performance improvement. He serves as the CIO for a multi-billion dollar division of the NYC Department of Education. He works with people at all levels of organizations to facilitate personal awareness and collaboration in achieving optimal performance.

His work is informed by 40+years practicing Yoga, Tai Chi, and meditation and studying and teaching about integrating mindfulness and world wisdom traditions into daily life.

He is author of The Zen Approach to Project Management, Managing Conflicts in Projects, and his latest release, Managing Expectations: A Mindful Approach to Achieving Success. Regarding The Zen Approach, Daniel Goleman wrote “It’s the Zen that’s been missing in all too many of today’s business books, and George Pitagorsky is the master we’ve needed.”

George works to integrate project and process management, mindful awareness, process thinking, and a clear recognition of practical reality to promote optimal performance. Optimal performance is characterized by the sustained ability to achieve goals and objectives, under changing conditions, with high energy, resiliency, joy, healthy relationships, and a sense of fulfillment.

He has worked with global corporate clients, government agencies, and small- and mid-sized firms in industries as diverse as education, technology, engineering, consulting, banking, and publishing.

As a senior consultant, he has worked with clients globally, including Microsoft, Nokia, Deutsche Bank, Morgan Stanley, Pfizer, Sears, and many others. He is the author of the International Institute for Learning’s PM Foundation self-paced project management training course.

George has practiced yoga and insight meditation since the early 1970’s and teaches at NY Insight Meditation Center (NYIMC). He seamlessly integrates his experience into a practical approach suitable to people in any walk of life. He is a recognized subject matter expert in applying mindfulness meditation and systems thinking to promote optimal performance. He co-developed and leads the five month Conscious Living Conscious Working program, now in its thirteenth year.

He is a regular contributor to Project Times, Project Insight, the Breakthrough Newsletter, his articles at More Than Sound.and you can find

Early in his career, George was a computer programmer and IT systems designer. He co-founded and was Senior VP of Software Design Associates (SDA), an IT systems consulting firm.