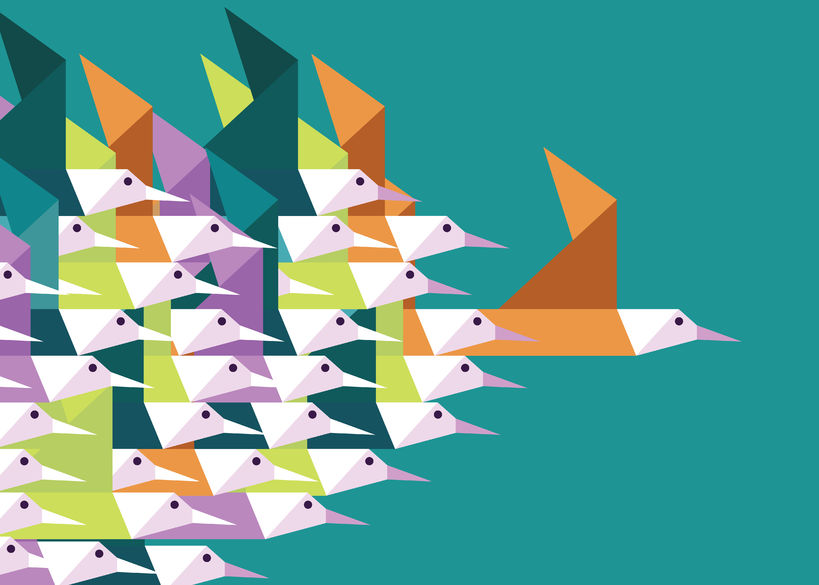 In last month’s article on Adaptability I quoted an executive leader who credited mindfulness for contributing to her ability to respond to a significant and unanticipated problem when assuming a leadership role with a new company. She also shared details about mindfulness helping her time and again to excel when she was leading large-scale global manufacturing and supply chain operations. The other 41 leaders I interviewed also provided similar examples of how mindfulness was an invaluable tool on their path to professional success.

One particular result of mindfulness training that emerged from my research is the Emotional and Social Intelligence Competency of Achievement Orientation.

What is Achievement Orientation?

Achievement Orientation is one of the competencies included in the Emotional and Social Intelligence Leadership Competency model developed by Daniel Goleman and Richard Boyatzis. It falls under the domain of Emotional Self-Management and refers to an individual being able to set measurable self-improvement goals. A leader with strong Achievement Orientation will be:

“Mindfulness isn’t just about stress reduction, it has a measurable impact at work.”

This competency, as is the case with the other 11 competencies, has been empirically linked to increased overall leadership performance.

What Does Achievement Orientation Look Like in the Workplace?

The manifestation of this competency is well illustrated by the following quote from a leader who has held general counsel positions for two well-known corporations: “I did all of my undergraduate work at night, while I was working full-time… I also got my law degree at night.” In other words, the results of Achievement Orientation look a lot like what most people also attribute to determination and focus. Other leaders shared similar examples, revealing the development of a strong ability to focus on completion of complex and large-scale goals.

Understanding the relationship between mindfulness and the development of Achievement Orientation was significant to my research, since I specifically investigated examples of positive workplace leadership outcomes. All of the leaders I interviewed provided in-depth descriptions illustrating this relationship, and reported the influence of mindfulness as having been significant. In these conversations, leaders described a process where mindfulness-enhanced development of the competencies of Emotional Self-Awareness and Emotional Self-Control, which in turn contributed to Adaptability and Achievement Orientation.

In some cases these positive developments occurred in response to successful careers that plateaued, or periods of declining effectiveness that leaders struggled to understand. In many examples, however, leaders described these developments occurring as a part of years of personal activity aimed at finding ways to specifically improve goal-oriented performance.

Examples of this activity included developing the ability to monitor in real-time whether or not thoughts and actions were directly contributing to goals. Leaders also described setting aside time to reflect on how their beliefs and biases may interfere with reaching their goals, as well as an honest assessment of their past behaviors in the same context.

Leader reports indicating the presence of Achievement Orientation often accompanied detailed descriptions of career advancement, development of new leadership capabilities, and workplace success. These examples also revealed a pattern of personally-driven, professional development activity spanning their career: “it’s been on an upward track for me…I grew every single year…won some awards,” and “I am constantly challenging myself to find new ways to culturally have a very positive impact.” In many cases, leaders also mentioned that they had invested more personal resources into this level of development than their employers did on their behalf.

“Achievement Orientation is a competency, a learnable skill of Emotional Intelligence.”

In the context of ongoing development, Achievement Orientation helps leaders:

How Can You Begin to Develop Achievement Orientation?

It may be helpful to view the concept of Achievement Orientation as it relates to the research of Dr. Angela Duckworth on Grit or Daniel Goleman’s writing on Focus. This work references the influence of positive emotions on your capacity to successfully pursue a dominant goal. Success is related to how many of your mental and emotional resources are directed towards activity contributing to goal attainment, including thoughts, emotional states and decisions. These resources can be intensely focused if you are not distracted by, for example, considering alternative goals or questioning your ability to succeed. Focus and Grit, like Achievement Orientation, also relate to planning and preparation activity, and your tendency towards solution-oriented responses to problems.

In the context of Achievement Orientation even your reaction to stress can impact quality and timeliness of success. For example, a stressor may be viewed positively as a challenge to be met by some people, while others react to it as a threat and focus on coping options instead. Therefore, a good way to start developing Achievement Orientation is to regularly monitor the degree to which your mental and emotional resources are aligning with – and contributing to -the attainment of your goals.

“Leaders: mobilize both your attention and emotions towards a clear goal to reach new heights.” 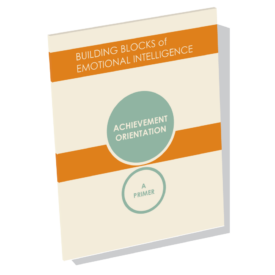