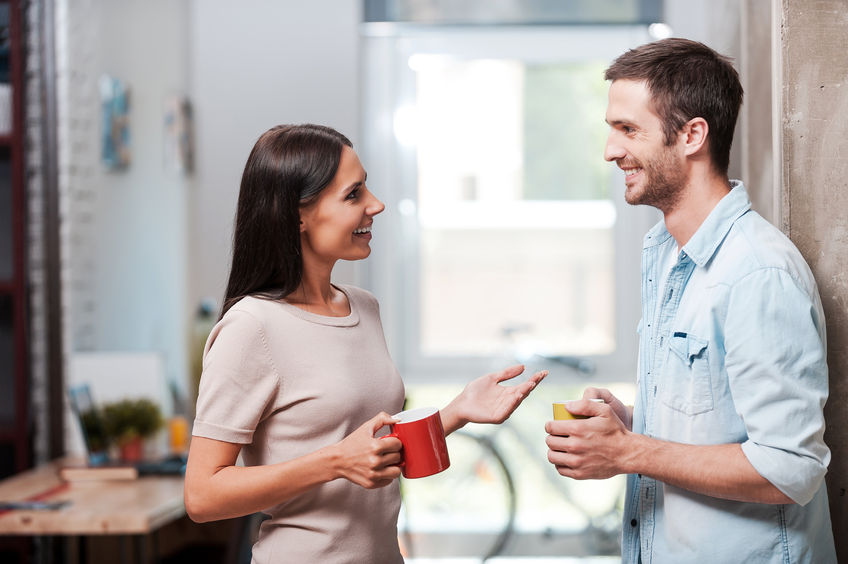 When we see ourselves and our co-workers only as tools to get the job done it is difficult to connect with one another as human beings. Connection is essential to building high performing and high functioning teams, not to mention to creating job fulfillment.

There is a story Max DePree shared in his book Leadership is An Art (1987), told by his father about visiting with the wife of the Millwright for the Herman Miller factory after her husband died. It was in the 1920’s and Max’s dad went to pay his respects to the Millwright’s wife. During his visit the Millwright’s wife asked his father if he’d mind if she read some poetry. He thought it would be appropriate and sat back to listen. As she read, the beauty of the poem resonated with him. He’d never heard this poetry before and asked who the poet was. She said it was her husband, the Millwright. The man who had been integral to the Herman Miller manufacturing processes, who provided the power for the machinery in his factory, dismantled machines and moved them around was a poet. This came as a surprise; he’d known the man but didn’t know he had this talent outside of work. It motivated him to see that leaders must, “endorse a concept of person”.

“Connection happens at work when you discover the personal interests and talents or others.”

Why does this matter? What difference does it make if you know the Millwright is a poet, the Accountant is a photographer, the HR Manager’s child is seriously ill or the Customer Service Specialist has just lost her mother?

Business is structured as a well-defined hierarchy that defines us by our titles and the roles we play within business, and our interactions are determined by these roles. The playing field is tilted in favor of the leadership, but should it be? By coming to understand more about ourselves and the people we work with, we can see that occasional missteps at work often result from a much larger context; a problem at home, the death of a beloved pet or some other distraction. They aren’t necessarily about lack of competence or skill, sloppiness or a bad attitude.

Without making excuses we understand that we all have days that are a challenge. “Endorsing the concept of person” builds team and team makes it possible to confront unexpected challenges in the day-to-day life of business, whether it’s shaky sales, disruption of production, strained cash flow, the loss of a well-liked co-worker or the acquisition of a new customer with compassion and understanding. We have jobs and roles within a company, but when we can connect not only through job and role but as fellow humans, we create an authentic engagement that fosters an environment in which human creativity and satisfaction grow and thrive. We form a sense of equality in an otherwise hierarchical unequal environment. The consistency with which we can cultivate these fleeting opportunities, over time builds a level of trust essential to a high functioning team. The challenge is that many believe that when a leader opens up they will be seen as weak or vulnerable. The opposite is true.

“Endorsing the “concept of person” makes it possible to confront unexpected challenges in business.”

Here’s how this played out in my leadership experience

I worked with a smart and capable Engineering Manager who had a reputation as a tremendous problem solver, but he had started to become impatient with process and prone to angry tirades. He seemed to be seething inside. Many of his attacks were directed at individuals. My boss at the time wanted me to “get rid of him.” His behavior was undermining his position with the company and his credibility; people were starting to avoid him. What he lacked was Emotional Self-Control.

Instead of turning my feelings off and seeing him as the “problem” and firing him I sat down with him to talk about anger. Not only his, but mine. I shared some of my frustrations and how important it was to see them and be with them, but not project them out onto others. As we discussed the situation he began to explain what was behind his anger. He kept pointing at the things other people were doing, and I’d share more about my own anger and how my frustration was often rooted in not really understanding how to move the needle and effect change.

Finally I looked at him and said, “You know the anger has to stop. It doesn’t matter what provokes you, you can’t act out and mistreat other people on the team, no matter how frustrated you are. There are positive and constructive ways to address the issues that are frustrating you. You need to find them or ask for help. Do you understand?” He replied that he understood. We talked about the possibility of anger management counseling. He didn’t think he needed it. I told him that I valued him as a co-worker and friend but that if he had another angry outburst, I’d have to let him go, no second chances. As we continued to talk, I asked, “Do you want to stay here?” He said, “Yes. I like it here, I want to stay.” I followed with,  “Do you think you can do this?’ His response,  “Yes, I know I can.”

The problem was now entirely within his control. I knew some of the difficulties he was dealing with outside of the workplace, and understood that having control would likely result in a better outcome. Through our connection and sharing, he knew that I’d had similar challenges in my work life, and others had as well. It wasn’t having the feelings that were the problem it was what he did with them. At this point, he began to problem-solve for himself. He identified his triggers and ways he could address them.  He looked at me and said, “Thanks, I think I need to apologize to a few folks.” He kept his job, and worked better with others from that point on.

By being authentic and curious about his issues, sharing my own, and not taking the easy route of simply replacing him, we built a connection together that made it possible to discuss the issue not just as a boss and employee, but as two human beings. By “endorsing the concept of person”, we created a moment of equality and authentic connection that helped him move from being a victim to understanding the impact his behavior was having on the organization and the need for him to take responsibility. This is leading with emotional intelligence. 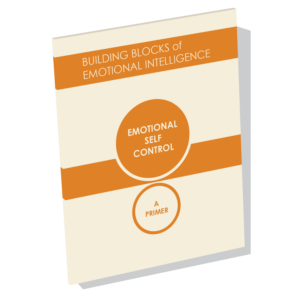 Our new primer series is written by Daniel Goleman and fellow thought leaders in the field of Emotional Intelligence and research. The following are available now: