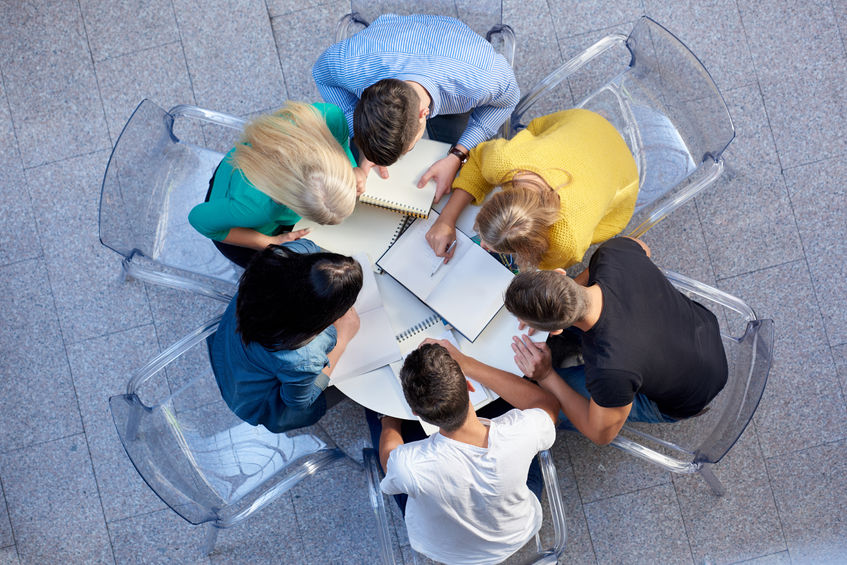 I’m a strong believer in the importance of what we expect of one another in a team. And I’m not alone, as much of my research has focused on finding the distinctions that define the best teams. What my colleagues and I have found is that norms – or shared expectations – are the universal elements that identify high-performing teams.

Every group has norms, whether they’re developed consciously or not. A great example is: Do we start on time or do we wait for latecomers? Is it okay to show up late? Norms vary from group to group, and depend on what’s agreed upon by all involved.

The important thing about norms is that they regulate all behavior in teams. They regulate at the systems level. Many team researchers make the mistake of thinking that changing behavior in the team is about changing individual behavior. Building the individual emotional intelligence of team members is fabulous and it helps. However, once you enter a team where the norms don’t support your emotionally intelligent behavior, you’re more likely to conform to those norms than act otherwise. If rudeness is a norm, cutting people off, showing up late, that will emerge.

The way to impact a group’s performance is to impact the group’s norms. I explored this topic with Daniel Goleman in Crucial Competence, as a way to complement the many facets of building emotional and social leadership.

“The best teams have positive and constructive norms, and those norms regulate behavior.”

My colleagues and I have studied the norms of high-performing teams and found that the best teams periodically step back and reflect on their process. They take time to say, “How are we doing? Are we being too nice? Are we arguing too much? Are people getting supported? What do we need to work on?” This is essentially the group equivalent of the first key competence in individual emotional intelligence, self-awareness.

Where do norms of high-performing teams come from?

We had a hypothesis that an emotionally intelligent leader is more likely to develop emotionally intelligent norms in their team. A graduate student of mine when I was in the faculty at Case Western, Elizabeth Stubbs Koman, had contacts in the military, and she wanted to test the team norms and the emotional intelligence of leaders. She found a wonderful sample of air crew teams and maintenance teams, 81 teams that included 422 people. She first studied the team leader’s emotional intelligence using the Emotional and Social Competency Inventory in a 360-degree survey. We got anonymous ratings on the leaders. Then, she administered our survey that measures the group emotional intelligence norms. She also had the outcome data for these teams, the military’s objective measures of performance.

What she found was exactly what we predicted:

And, the team norms then predicted the performance. The way the leader’s emotional intelligence mattered was in shaping the norms, dynamics, and reality of the team, which in turn, led to higher performance.

Consider how this applies to your team, whether you are a leader or not. Play your part in cultivating positive team norms, garnering agreement, and speaking up when norms become counterproductive. Over time you’ll find this creates efficiency and cohesion among all of the team members.

“A leader’s emotional intelligence predicts the emergence of team norms that affect performance.” 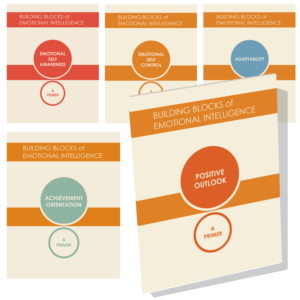 Our new primer series is written by Daniel Goleman, Vanessa Druskat, and fellow thought leaders in the field of Emotional Intelligence and research. The following are available now:

Vanessa Druskat, Ph.D. is an internationally recognized expert and consultant on group emotional intelligence. As Associate Professor of Organizational Behavior and Management at the Peter T. Paul College of Business and Economics at the University of New Hampshire, U.S.A., Druskat conducts award-winning research that investigates team effectiveness, team leadership, and emotional intelligence. Druskat’s research examines the group norms and processes that distinguish high-performing teams and how leaders can help teams develop such norms and processes. She is particularly interested in self-managing and cross-functional teams.

Druskat’s Harvard Business Review article – “Building the emotional intelligence of groups” (with Steven B. Wolff) – has been a top seller for HBR for over a decade. “How to Lead Self-Managing Work Teams” (with Jane V. Wheeler) was a long-time best-selling article for M.I.T.’s Sloan Management Review. She served as lead editor of the book Linking Emotional Intelligence and Performance at Work. Druskat is a sought-after speaker and consultant in the areas of emotional intelligence and work team effectiveness. She conducts leadership and team development seminars and workshops in the United States and internationally for organizations ranging from Fortune 100 Companies and large non-profit organizations to public school systems.

She is a Founder Member of the Consortium for Research on Emotional Intelligence in Organizations and serves on the Editorial Board of the interdisciplinary journal Small Group Research.