When we hear the words “Diversity & Inclusion,” some of us cringe or roll our eyes, not because we don’t care, but because we feel uncomfortable, guilty, or feel we don’t need any training in it because “we’re not racist.” Yet every day, we read a news story where someone’s hidden biases trigger a potentially harmful action, from calling 911 on a congresswoman visiting her constituents to using racial slurs on political opponents. “Diversity & Inclusion” is necessary but insufficient; as Emotional Intelligence and training expert Michelle Maldonado notes, we need to move from “Diversity & Inclusion” to “Belonging & Unity.”

One first step we can take is to recognize our lack of awareness of what influences our decisions, actions, and perceptions of other people. According to Leonard Mlodinow, scientists estimate that 95% of what happens in our brains is beyond our conscious awareness. In other words, we’re only 5% aware of why we think and act and feel the way we do. The majority of what dominates our mental activity is unconscious.

Our world is filled with differences. We are naturally drawn towards what is familiar and deemed “safe,” like family members who, for the most part, look and smell like us, and we move away from what is unfamiliar. Our brains use heuristics, or mental shortcuts, to help us navigate a complex world. We unconsciously build beliefs about different groups of people outside of “our tribe,” based on various socially constructed or identity markers, to help us organize our social world.

“We’re only 5% aware of why we think and act and feel the way we do.

Similarity bias is our preference for others who are similar to us. Our brain’s natural inclination to categorize our world starts at a young age. David Kelly found that babies as young as three months show a preference for those with a similar race to them. The chances are that these babies are not “racist,” but unconsciously, they realize that their main caregivers are their sources of comfort, food, safety, and diaper changes. More often than not, these caregivers are related and therefore, “look” like them. Such biases may persistent in adulthood unconsciously in how we act. University of Michigan researcher Jesse Chandler found that people were 260% more likely to donate to hurricane relief efforts if the hurricane’s name began with the same letter as their first initial.

Our brains are also subject to implicit egotism, the notion that we think more favorably about others like ourselves. We are more likely to respond to a stranger’s email if they share our name, and we’re more likely to help someone out if they went to the same university. The opposite occurs unconsciously as well. Have you ever met someone new that you irrationally didn’t like or felt animosity towards them simply because they share a name with a childhood bully? That’s our unconscious brain at work.

Our hidden biases also are influenced by visual bias. Our optic nerves attach to our retinas in a way that means we have actual blind spots, and so our brains fill in the visual gap we can’t see. Similarly, when it comes to how we view and evaluate other people, if we have missing data about another person, we tend to take the little bit we know about the social categorization of that person and fill in the rest of the information. For example, if you meet someone of Nepalese descent for the first time, and the only bit of information you have about Nepal is that it is a Buddhist nation, you might assume that they are Buddhist and hesitate to include them in your Passover Seder.

“Our optic nerves attach to our retinas in a way that means we have actual blind spots, and so our brains fill in the visual gap we can’t see.”

Even though we think we evaluate others based on their individual qualities in rational and deliberate ways, our brain’s automatic processing is influenced by cultural and social messages around stereotypes and the “Other.” Groupthink can lead to “Othering,” whereby we discourage individual disagreements or thoughts for the sake of wanting to belong to the “in-group.” Daniel Goleman offers important insights into how groupthink may manifest in the workplace and what to do about it. While we have seen historical incidences of how groupthink can cause irreparable harm, from the Holocaust to the internment of Japanese-Americans during World War II, “Othering” in the workplace can lead to lower performance, well-being, and engagement. UCLA psychologist Naomi Eisenberger found that the area of our brain associated with physical pain is also associated with feeling left out. When we overlook the administrative assistant during lunchtime as we sit with our cubemates daily to eat, we may be impacting their feeling of belonging, even though our intentions are not to exclude.

It is therefore important that we consider how to build psychological safety into our environments, whereby people feel safe to express their true and whole selves without judgment or reprisal. When we do, people feel confident to express opinions, have disagreements, and show up. In fact, Google researched hundreds of its own teams to find out why some thrived and others wilted and discovered that psychological safety was the number one factor. In short, if we want high-performing teams that bring diversity of perspective and a sense of inclusion and belonging, we must build trust, raise our awareness, and reach out to others.

By using our brain’s natural structural functions, we can hack our minds to bring greater curiosity of the “Other,” Self-Awareness of our own unconscious thinking, and Empathy to find similarities with others who may appear different than us. Emotional Balance can help us raise our awareness and ability to move from unconscious to conscious. As Daniel Goleman notes, “when it comes to diversity, you’re seeing people who have a range of backgrounds, of understandings, and of abilities. And the more diverse team is going to be the one with the largest array of talents, and so it will be the one with the potential best performance.”

“If we want high-performing teams that bring diversity of perspective and a sense of inclusion and belonging, we must build trust, raise our awareness, and reach out to others.” 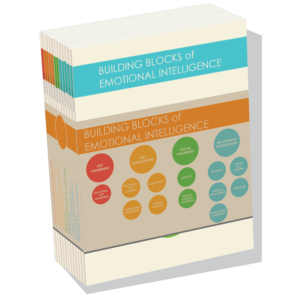 For further reading, our series of primers focuses on the twelve Emotional and Social Intelligence Leadership Competencies, which include Emotional Self-Awareness, Emotional Balance, and Empathy.