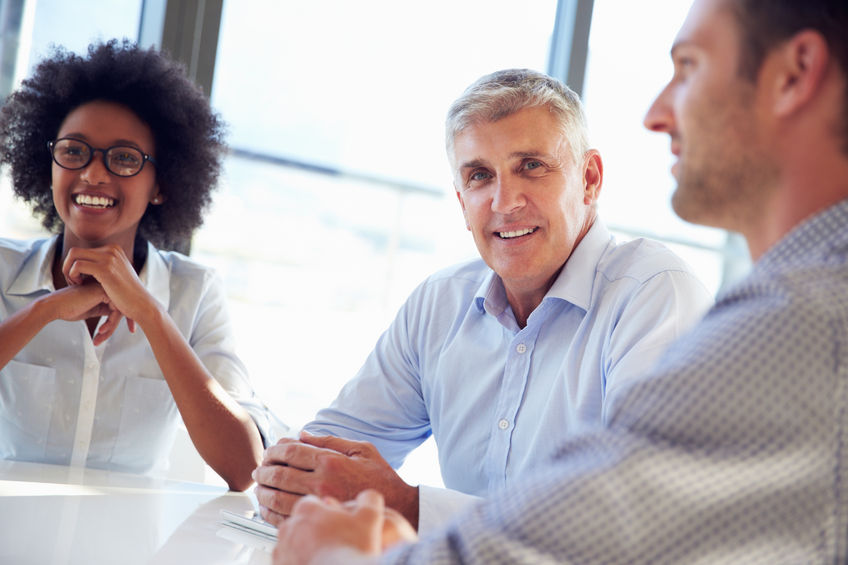 There are three types of empathy, according to researchers.

There is a growing dialogue about the importance of empathy, specifically, “empathic concern” in the business community.

Once marginalized as not relevant to the hardscrabble world of shareholder value and the bottom line, empathy is taking center stage. In part, because we are learning that we do ourselves and workplace culture a huge disservice by trying to wall off our emotional selves.  Empathic concern is like an activating agent in a chemical process. Its presence or absence makes or breaks interactions.

“Empathic concern is immensely relevant to business and leadership. Here’s why… “

From the research (see below), we know empathy is related to leadership emergence and effectiveness, and empathic leaders have followers who experience less stress and have fewer physical symptoms. Indeed, leaders high in the empathy competency will be more successful at motivating and leading their employees, and helping their employees cope with workplace stresses. They will be more attuned to their customers’ wants, have higher customer satisfaction, and be more innovative.

Consider an HR leader in the Asian offices of a global tech company, charged with leading a reduction in workforce.  In late 2008 the economy was severely hit by the financial crisis and the technology sector suffered deep losses. At a large high visibility tech company, reports of impending layoffs created a contagion of anxiety.  The Asian offices were quickly immersed in tumult because Korean labor law makes it nearly impossible to lay workers off. It was unheard of.

However, the Korea VP embodied social intelligence and empathic concern. He had a great deal of self-awareness and felt enormous pain for the circumstances his employees were facing. When he started having one-on-one’s with those who were impacted, he intentionally decided he would be “real.” He set aside business script and simply met with his fellow co-workers honestly, revealing how profoundly he cared. He told them he would do his best to advocate for them in negotiating separation packages and other benefits such as outplacement services. During the one-on-one’s, he noticed that he was tearful, which was culturally unorthodox, especially during the negotiation of severance packages. Despite behavioral norms, he didn’t hold his feelings back.

What happened next was surprising.  Because he showed authentic empathic concern, employees were much less antagonistic.  In fact, the whole negotiation process got easier, and the laid off staff signed the separation documents.  There was still healing that needed to happen, but it was much less divisive than it might have been.  Employees remarked that they didn’t feel it was personal. They believed the VP was doing the best he could for them.  It was a powerful example of the importance of sincere empathic concern and humble leadership during organizational crisis.

Experiences such as a financial crisis and a major workforce reduction are leadership crucibles. The most extraordinary leaders, when faced with crises, take time to ask themselves what matters most. In this case, the leader felt what mattered most was the lives of the people he worked with.

“Empathic concern isn’t just about being nice, it leads to better outcomes in business relationships.” 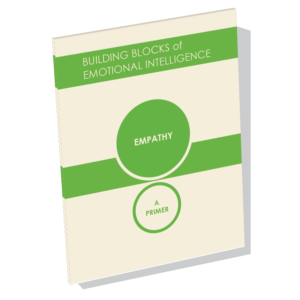 Our new primer series is written by Daniel Goleman and fellow thought leaders in the field of Emotional Intelligence and research. See our latest release: Empathy: A Primer for more insights on how this applies in leadership.

Ann Flanagan Petry is a Positive Organizational Development Consultant, Coach, and contributing author of the new book Advancing Relationship-Based Cultures. She has over 20 years of experience driving performance improvement in organizations.

Ann partners with leaders to cultivate resilient, mindful, emotionally intelligent teams who improve their own and their client’s or organization’s performance and well-being.  She has published articles on popular news sites including Fulfillment Daily and enjoys paying it forward through volunteer work and supporting professionals as an active mentor with Everwise, an online service connecting executives who volunteer their time with people looking for mentorship.  She is also a mindfulness instructor with the Mindful Teacher Foundation.