Too many of today’s news stories feature ruthless businessmen crumbling to greed and selfishness. Is there any hope out there for goodwill to survive? Luckily, there might be. A B-Corporation is a business with an explicit mission to benefit the greater good for humanity or the environment, as well as make a profit.

In Easthampton, Massachusetts, Prosperity Candle is a pristine example of a small B-Corp doing everything it can to change the world. Under the leadership of Ted Barber, Prosperity Candle trains women in candle-making and employs them at living wages after they have been relocated to the U.S. from overseas refugee camps.

Prosperity Candle has also helped train more than 100 Iraqi women – mostly war widows – in candle-making and entrepreneurship, giving them the ability to start their own thriving businesses. Their sister non-profit, Prosperity Catalyst, received funding from the U.S. State Department to expand the program to include 600 Iraqi widows. Prosperity Candle’s reach has found its way to Haiti, as well. They have given 12 women from domestic violence shelters in Northern Haiti the skills to start their own cooperative.

Refugee women are typically given a year of support from federal and state programs, during which time they are expected to find work and pay all of their own expenses. They often find themselves in minimum wage, temporary positions, made explicitly harder with language barriers. Facing many obstacles with a minimal a safety net, it’s very easy for these women to fall through the cracks.

Back in 2010, Prosperity Candle asked a group of refugee women what they truly need in terms of support. They were simple and clear: living wages, a steady income, opportunities to take ESL classes, flexible hours, a harassment-free workplace, and resources to understand the laws of their new home. Ted did not find these needs out of reach, and vowed to provide them double the minimum wage, transportation, and flexible schedules – among other supports. He wants his employees to be safe and treated with respect, and to help them get back on their feet not only so that they can survive, but also thrive.

B-Smart About the Bottom Line

Prosperity Candle was recently added to the top ten percent of B-Corps in the world for their size. Ted’s long-term goal is rather simple: to make a difference. He wants investors to see they are providing amazing opportunities not only to women who desperately need it, but for a healthy financial environment. He wants the organization to scale gradually and sustainably so that more lives can be impacted without growing so rapidly they fizzle out.

“I want to grow this business in a very specific way,” he says. “It’s not just employing women refugees here in the Pioneer Valley, but actually making them profit-sharing partners. I’m always exploring how Prosperity Candle can be a vehicle for greater impact.”

Personally, Ted’s goal is to merge his past experience in international trade and economic development with his present life dedicated to a creating a sustainable social enterprise that helps women and families lift themselves out of poverty.

B-Corps embody the philosophy of positive capitalism, which is when a business moves forward, but also makes it possible for others to move forward, too. The Dalai Lama says your goal should be to get on your feet, and then help others get on their feet. Like the ripples from a pebble thrown into a pond, the act of goodwill started by positive capitalism can start a chain reaction.

Ted admires any organization that has gone through the rigorous requirements to become a B-Corp, and considers it to be one of the best measures available for assessing an organization’s commitment to social and environmental sustainability. Even though there’s only about 1,500 B-Corps in the world, it’s an extremely active community.

“I support businesses that take on the challenges of doing things the right way, that care as much about the common good as their own personal success. That is what the B-Corp movement is all about,” he says.

Help Yourself To Help Others

In Daniel Goleman’s new book, A Force for Good: The Dalai Lama’s Vision for Our World, he quotes some advice the Dalai Lama gave a crowd of college students:

“The global economy is like a roof over all of us. But it depends on individual pillars for support. First take care of yourself financially. Then, step-by-step, stand on your own feet in order to help others.”

When asked if he could give any advice to his younger self, or to an entrepreneur looking to make the same sort of lifestyle transition into B-Corps like he did, Ted laughed and said, “I feel like there’s a talk in me that wants to come out… with any start up – whether it’s nonprofit, for-profit, social enterprise or tech – you’re going to have more people tell you why it won’t work than why it can. You have to filter out an onslaught of nay-sayers because they’re there in spades. Well-meaning and genuinely intending to help, but more inclined to punch holes than be supportive. This is my third venture, and I’m beginning to see a pattern. My advice is to seek out people who love your passion, regardless of whether they think your idea is crazy.”

Prosperity Candle truly embodies the words of the Dalai Lama. Ted Barber got on his feet, and now is spending the rest of his life helping others join him. And who knows? Maybe we’ll see him on a TED Talk in the future. Until then, Prosperity Candle will continue to be a model for other entrepreneurs and businesses interested in making a difference and joining the B-Corp movement.

Learn more about Prosperity Candle’s mission and initiatives at prosperitycandle.com.

The audiobook for A Force for Good: The Dalai Lama’s Vision for Our World is available for pre-order. The 6-disc set and digital download will be available on June 23, 2015. Listen to an excerpt from the audiobook here. 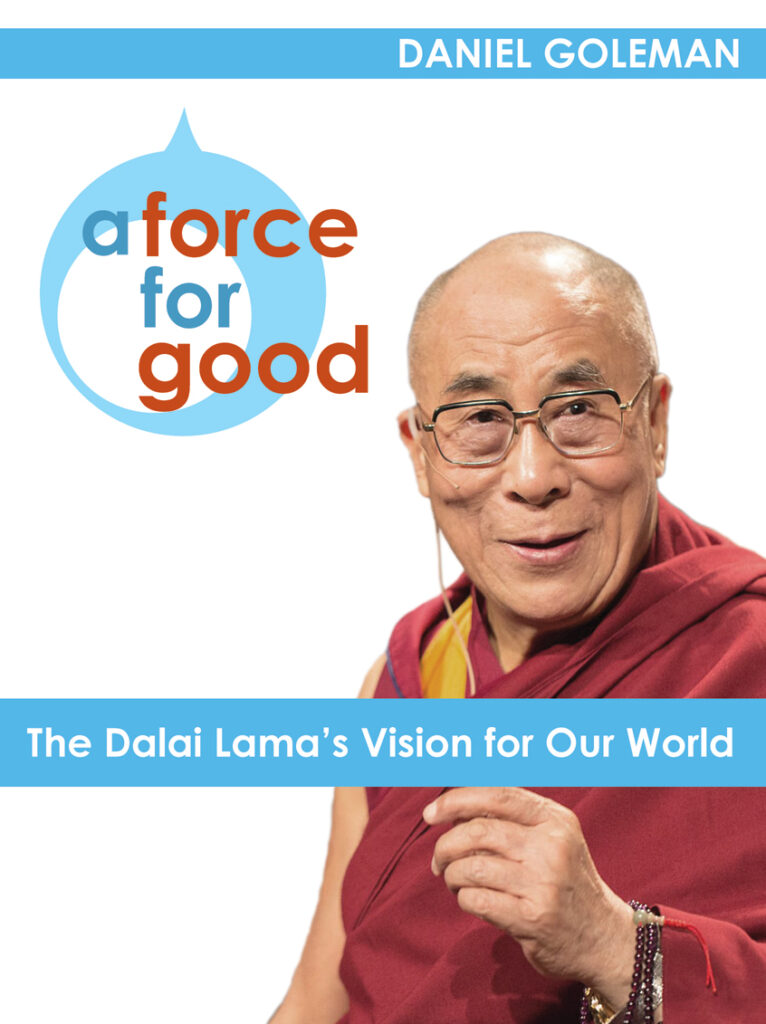