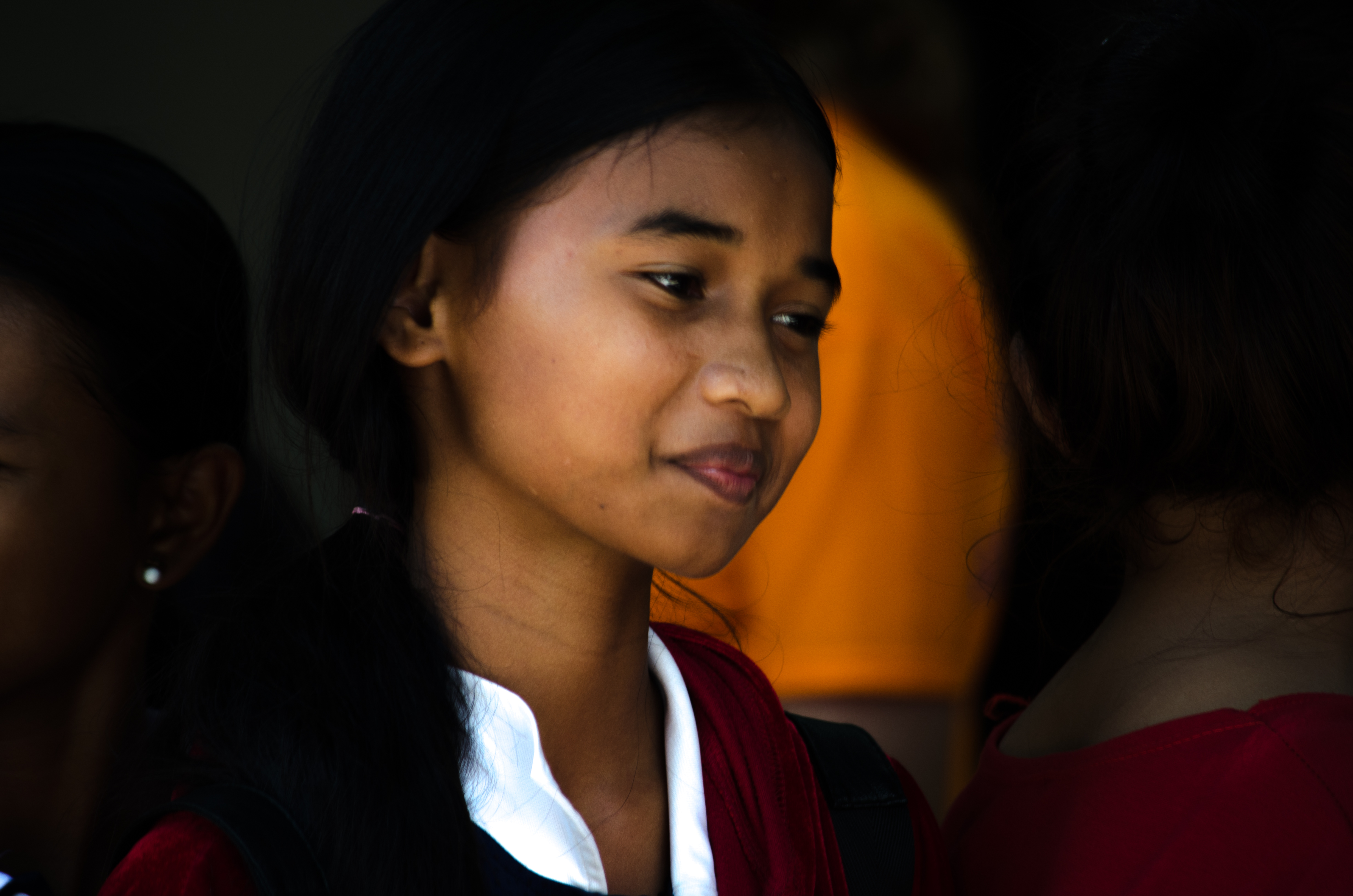 For the past five years, I’ve volunteered at the Cambodian-based NGO Pour un Sourire d’Enfant. Since its foundation in 1996, Pour un Sourire d’Enfant has turned Cambodian children away from defeatism and a vicious cycle of drug addiction, prostitution, gambling, and violence. These children grew up amid severe hardship in which many of them were abused, prostituted, or orphaned in the aftermath of the Khmer Rouge genocide, which occurred during the 1970s. Almost 2 million people were murdered. Ethic minorities were targeted as well as students, doctors, lawyers, and business leaders. There was widespread abduction and indoctrination of children, and many were persuaded or forced to commit atrocities. Now, those kids have grown up, and their kids have inherited the extreme violence their parents suffered. This has created a desperate cycle of violence and poverty, and has made scavenging, prostitution, and drugs the main options that these children have to survive.

The Lasting Impact of the Cambodian Genocide

After the Khmer Rouge regime collapsed, the psychological repercussions were enormous, yet mental health care was ignored for many years. With their harrowing past, a significant proportion of the Cambodian population were inevitably afflicted with a variety of mental illnesses, most commonly depression, anxiety, and post-traumatic stress disorder.

I observed that Pour un Sourire d’Enfant does a fantastic job of providing medical care, nutrition security, and education to more than 6,000 Cambodian children. Yet as the students get older, many of them consume drugs and alcohol, gamble, have suicidal thoughts, drop out of school, and struggle to understand and manage their emotions. I didn’t understand why this happened until I read Emotional Intelligence: Why It Can Matter More Than IQ by Daniel Goleman.

“The areas of the brain affected by trauma are usually those associated with the regulation of emotion, as well as those that control learning and memory.”Click To Tweet

The Importance of Emotional Intelligence in Post-Conflict Situations

Thanks to Emotional Intelligence, I learned that family life is our first school for emotional learning and that everything a child sees, feels, and experiences will shape their sense of self. During the first three or four years of life a toddler’s brain grows to about two thirds its full size and evolves in complexity at a higher rate than it ever will again.

The areas of the brain affected by trauma are usually those associated with the regulation of emotion, as well as those that control learning and memory. Studies from the Johnson & Johnson Pediatric Institute, L.L.C. show that other brain regions related to the control of impulses and reasoning, problem-solving, and judgment are also impaired and, therefore, have less influence on an individual’s behavior. Victims of conflicts often have difficulty with bonding and attachment and thus developing stable and trusting relationships. Young children who experience trauma also show cognitive and language delays that place them at risk for early learning difficulties and later academic challenges. Traumatized children often suffer significant mood swings, anger, irritability, and profound depression.

I soon understood that Cambodia was the perfect example of what could happen to an entire generation if mental health wasn’t taken into account after a country experienced war or conflict. Victims of extreme violence, human trafficking, and abuse, according to Dr. Goleman, “have had an early and steady diet of trauma, but seeing how the brain itself is shaped by brutality—or by love—suggests that childhood represents a unique window of opportunity for emotional lessons. The massive sculpting and pruning of neural circuits in youth is the reason why early emotional hardships and trauma have such enduring and pervasive effects in adulthood.” As a result, the sooner schools embed emotional learning, the greater likelihood that children can develop the skills to manage complex emotions.

“Implementing SEL in post-conflict countries can accelerate their social and economic recovery and provide the foundation for a brighter future.”Click To Tweet

The post-conflict cycle of violence and poverty that occurs within families, communities, and entire countries can be lessened through Social and Emotional Learning (SEL) education and reintegration programs. Research shows that SEL programs reduce fighting and bullying and increase academic achievement. Implementing SEL in post-conflict countries can accelerate their social and economic recovery and provide the foundation for a brighter future.

Beyond having the basic needs of food, safety, and shelter met, all people benefit from gaining a basic understanding of their emotions and how to manage them. Emotional Intelligence is key to leading a happier and more fulfilling life. It enables us to understand ourselves and forge meaningful relationships with others. Developing and cultivating EI in education, therefore, creates a foundation for success and helps kids develop emotional balance, self-esteem, and the ability to adapt to life’s challenges.

SEL for the Future of Post-Conflict Countries

There are several ways children can be affected during and after a conflict, such as becoming child soldiers, refugees, or victims of child trafficking. According to the Child Soldiers International’s World Index, in 2017, 203 cases of “suicide bombers” in Nigeria and Cameroon (by Boko Haram) were verified, “more than 3,000 cases of recruitment by armed groups in DR Congo were reported” (46 States militaries around the world continue to recruit children), “at least 19,000 under-18s are believed to be participating in the conflict in South Sudan,” and 240 million children live in countries affected by conflict.

We need to teach children not only how to do math and read English, but also how to understand and navigate their emotions, how to focus and adapt, and how to build positive connections with others. SEL should be incorporated into post-conflict child protection, education, and reintegration programs to help kids who suffer from child trafficking, extreme violence, and war injustices.

Recent research gives us reason to be hopeful. A large meta-analysis of SEL programming showed positive impact up to 18 years later on academics, conduct problems, emotional distress, and drug use. And, higher social and emotional competencies among SEL students at the end of the initial intervention was the best predictor of long-term benefits, demonstrating how important it is to develop these competencies in students. Ending the cycle of conflict, violence, and trauma is critical to advance civil society and it is within our reach.

If you would like to learn more about SEL, check out these resources:

After studying International Business at Saint Louis University, Fernando worked for two years in the Marketing and Client Servicing department of a finance magazine. In the meantime, he pursued a Master’s degree in International Relations and Foreign Trade. It was then when he read Emotional Intelligence by Dr. Daniel Goleman and connected what he learned with his volunteer work.

Since 2014, he has volunteered at the Cambodian-based NGO Pour un Sourire d’Enfant, working every summer as Education Program Coordinator, focusing on education, social protection, school continuity, and turning Cambodian children away from defeatism and the vicious circle surrounding drug addiction, prostitution, gambling, and violence.