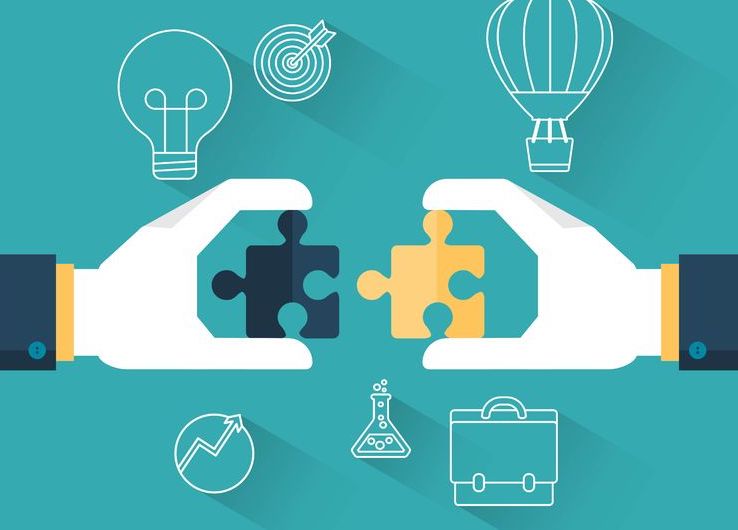 Focus is an important skill for leaders.  Yet, it is extremely difficult to remain focused at times when emotions are high. For example, who hasn’t experienced feeling disregarded, discounted, dismissed, or just plain dissed by a boss or co-worker?  Even if no words are exchanged, emotions like anger and hurt flare up.  Whether the threat comes from a real or imagined interaction hardly matters. The primitive part of the brain developed specifically for survival reacts. Known as the amygdala, this almond-shape set of neurons plays a key role in the processing of emotions, especially fear responses.

Threats of any kind including feeling disregarded or discounted cause us to quickly lose focus. Yet, focus is our biggest ally when it comes to responding wisely to conflict. You may think of focus as directing your attention to one thing while filtering out other things. However, research shows that focus is more complex than that. In fact, we focus in different ways for different purposes. Each of these types of focus is critical when it comes to conflict management.

The various types of focus fall into three broad categories. The first two—focusing on self and focusing on others—help you develop emotional intelligence. The third, focusing on the wider world, can improve your ability to devise strategy, innovate, and manage organizations. These ways of paying attention are vital to navigating individual and team interactions. Happily, you can become a more focused leader with the right kinds of practices[1].

Being able to train your attention inward on yourself is the first type of focus, and it’s at the heart of self-awareness.  In fact, it is considered a foundational practice for development of emotional intelligence. Inner focus helps you understand the weather patterns of your own mind, and choose how to respond in any given moment – especially amidst turbulence.

Focusing on others, the second type, correlates with empathy. The ability to consider another person’s point of view is a critical skill in all relationships. It is central to our ability to connect with others.

Global or systems thinking is the third type of focus. It is especially important in the development of social awareness. This requires deliberate cognitive effort to disengage from default mental habits in order to focus more broadly and with fresh eyes.

Focus entails turning your attention inward, empathizing, and being systems-aware.

Consider the story of a colleague. Jack presented his project to a group of senior executives and, when one of them dismissed his data as “all wrong,” he was flooded with anxiety.  His heart was racing, and his mind was playing out worse case scenarios… even imagining being kicked off the project.  Yet, he had enough practice in mindfully tuning into his thoughts, feelings and physical reactions, that he noticed the anxiety quickly. Crazy as it sounds, simply noticing his own anxiety lessened it.  He intentionally chose not to let fear of failure take over. Painful as it was, he leaned into his anxiety and stayed focused on the person challenging him. He asked for more information and agreed to revisit his data.

This wouldn’t have been the case just a year prior.  Indeed, Jack was prone to outbursts, especially when he felt someone was questioning his work.  His default was an expletive laden response.  His objective: overwhelm and overpower naysayers with verbal aggression.

An executive coach was brought in to work with his team because there was a lot of conflict. She was an aikido master, and a psychologist. The team completed Emotional and Social Competency 360’s and as you might imagine, Jack was described by peers as angry, unpleasant, and difficult to work with.  He didn’t deny it.  The coach’s question was simple: “How is that working for you?”  He concluded, not all that well.

With that realization, he set out a plan to deal with his anger. No easy task given he had a lifetime of practice in flying off the handle.  He would now be learning three new habits grounded in focus.

Leaders, you don’t have to be at the mercy of your emotions. Focus and attention training helps.

It took weeks of daily exercises along with personal reflection to build his ability to focus. However, he described seeing results within the first few weeks of initiating the plan.

Basically, he began to feel in control – like he had better options. He recognized he didn’t have to be at the mercy of his emotions.  Being able to direct his attention where he wanted it and keep it there despite difficult conversations or stressful projects was empowering. Even discovering that humans are wired for survival and that we need to override basic reactions to false threats was hugely eye opening for Jack – it became less personal and more about using all the tools he had at his disposal.

By making focus an ally, leaders can more gracefully navigate turmoil. No matter what the source of the turmoil, whether it is internal, like two competing priorities, or external such as a disagreement with a client or co-worker, it pays to be able to choose where to put your focus.  With practice, you can direct your attention for your own and others benefit. 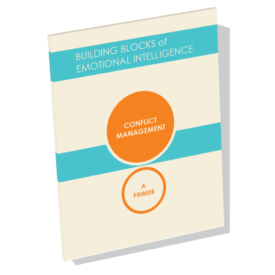 In Conflict Management: A Primer, Daniel Goleman, Richard Boyatzis, and colleagues introduce Emotional Intelligence and explore the many facets of approaching conflict management with skill and positivity.

In a relatively short read, the authors illustrate how to frame conflict as an opportunity rather than a burden, how to maintain bonds despite differing perspectives, and how to blend mindfulness and thoughtful analysis into professional relationships that work.

Ann Flanagan Petry is a Positive Organizational Development Consultant, Coach and Contributing Author of the forthcoming book, Advancing Relationship-Based Cultures. She has over 20 years of experience driving performance improvement in organizations. She partners with leaders to cultivate resilient, mindful, emotionally intelligent teams who improve clients, their own and their organization’s performance and wellbeing.