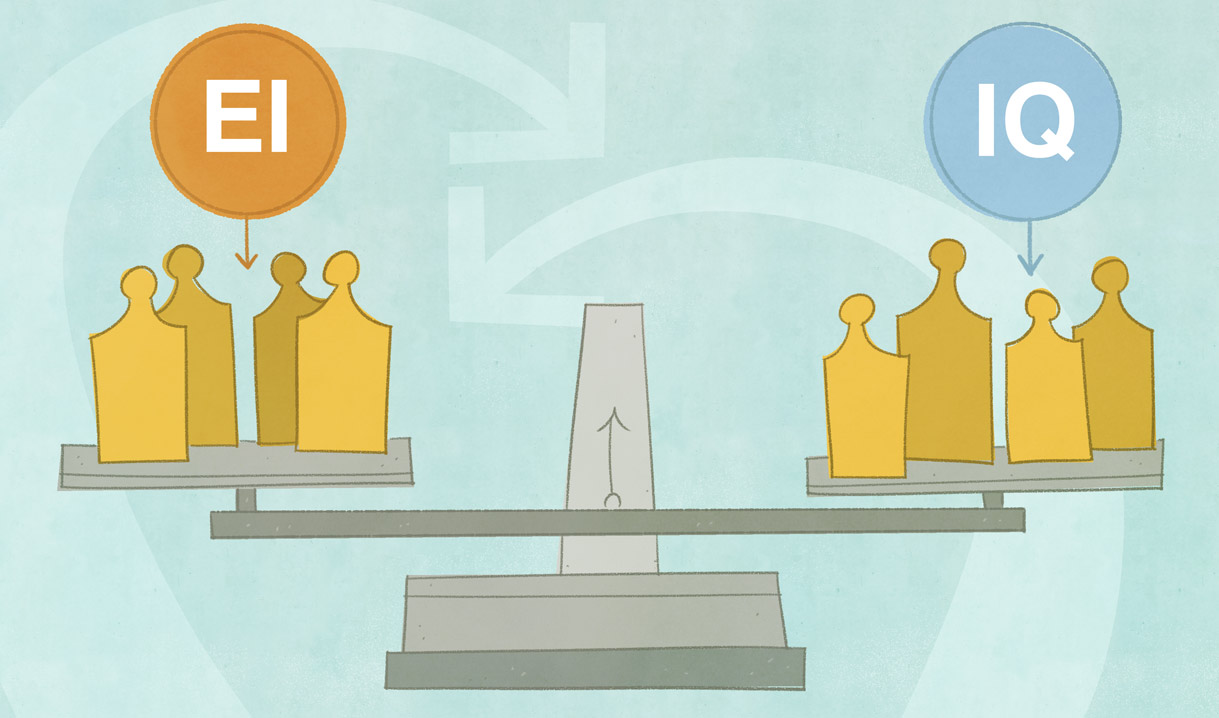 The CEO of one of the world’s largest financial companies told me, “I hire the best and brightest – but I still get a Bell Curve for performance.” Why, he wanted to know, aren’t the smartest MBAs from top schools like Stanford, Harvard, and Wharton all highly successful on the job?

The answer lies in the interplay between IQ and emotional intelligence – and explains why you need both for high performance.

More than a century of research shows IQ is the best predictor of the job you can get and hold. It takes a high ability level in handling cognitive complexity to be in a profession like medicine, a C-suite executive, or a professor at one of those prestigious business schools.

The more your job revolves around cognitive tasks, the more strongly IQ will predict success. A computer programmer, accountant, and academic will all need strong cognitive skills to do well.

Then why the dismay of that CEO?

The more your success on the job depends on relating to people – whether in sales, as a team member, or as a leader – the more emotional intelligence matters. A high-enough IQ is necessary, but not sufficient, for success.

But the second half of emotional intelligence, social adeptness, holds the key to that CEO’s question. As long as those super-smart MBAs are working by themselves, their IQ and self-mastery makes them high performers. But the minute they have to mesh on a team, meet clients, or lead, that skill set falls short. They also need social intelligence.

Claudio Fernandez-Aroaz, former head of research at Egon Zehnder International, spent decades hiring C-level executives for global companies. When he studied why some of those executives ended up being fired, he found that while they had been hired for their intelligence and business expertise – they were fired for a lack of emotional intelligence. Though they were smart, they were bullies or otherwise inept at people management.

Along the same lines, my colleague Richard Boyatzis, a professor at the Weatherhead School of Management at Case Western University, has found that the vast majority of leadership competencies that predict the performance of sales leaders are based on emotional and social intelligence – not cognitive intelligence (like IQ).

Then there’s a brand new meta-analysis of 132 different research studies involving more than 27,000 people, which I heard reported on by a co-author, Ronald Humphreys, a professor at Virginia Commonwealth University. That yet-to-be published analysis concluded that emotionally intelligent leaders have the most satisfied employees – if you like your boss, you’re more likely to like your job (just contemplate the opposite, morbid reality).

And reviewing all peer-reviewed research to date, the same study says emotional intelligence has been found to boost:

And then there’s general life satisfaction and the quality of your relationships.

So even though some academic studies seem to show emotional intelligence matters little for success in a job like sales, I’m skeptical. 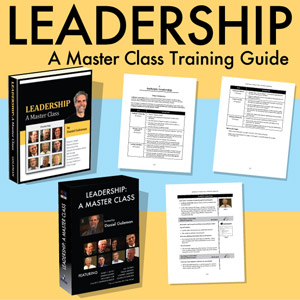 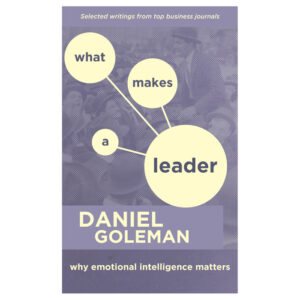 Daniel Goleman is an internationally known psychologist who lectures frequently to professional groups, business audiences, and on college campuses. As a science journalist, Goleman reported on the brain and behavioral sciences for The New York Times for many years. He is the co-author of Altered Traits: Science Reveals How Meditation Changes Your Mind, Brain, and Body, and author of the 1995 best-seller Emotional Intelligence and other books.