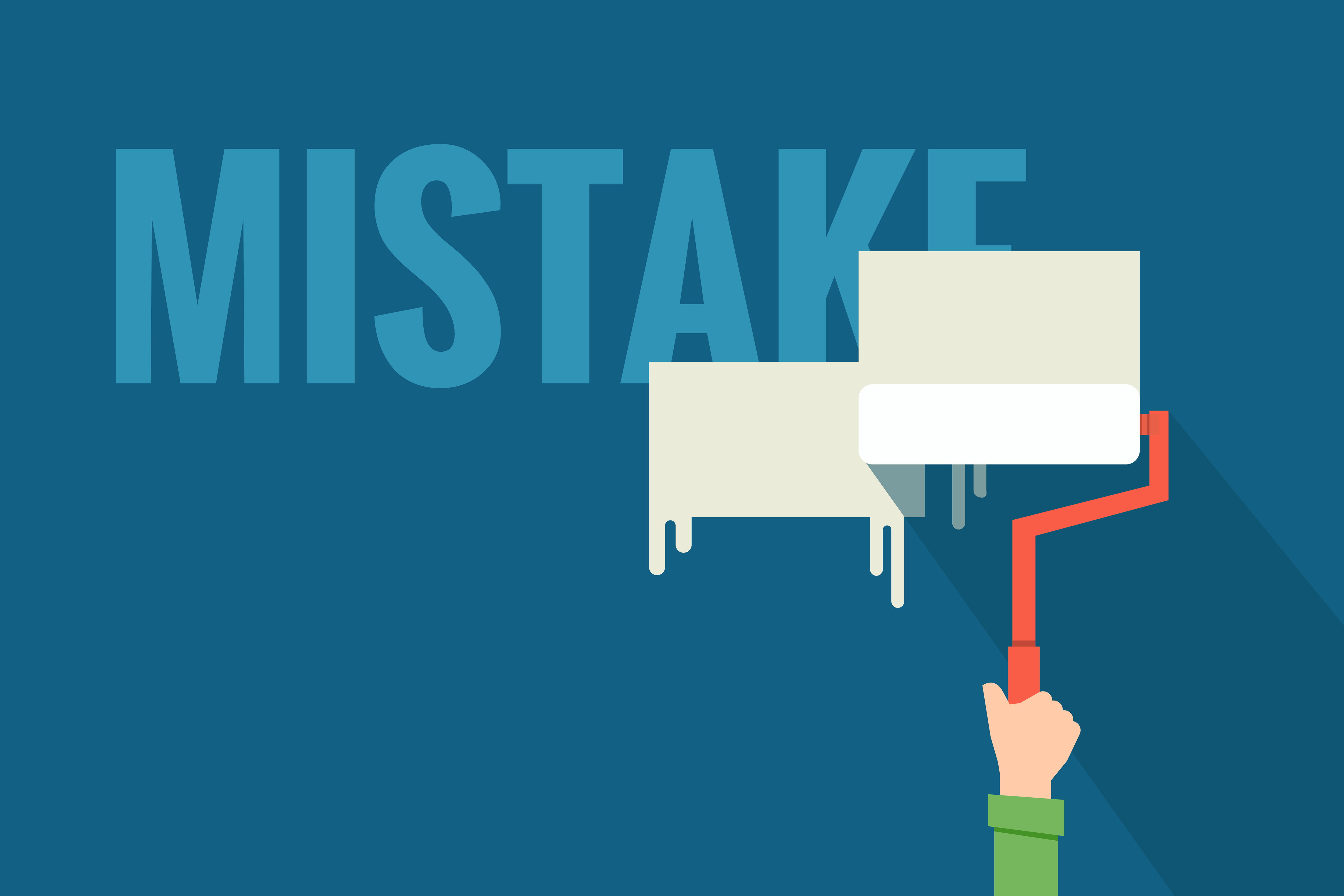 What’s Worse? Making a Mistake or Poorly Processing the Mistake?

Susan hasn’t been the same since she made a mistake in a meeting with an important potential client. She used to be the most confident member of the sales team. Now she’s hesitant to go after new accounts.

While Susan’s manager Glenn is frustrated with her mistake, what he really wants is his confident and high-producing salesperson back.

What’s getting in the way of Susan’s recovery from her mistake?

What can Glenn do to help her move on?

Replaying Mistakes in Your Mind

Ever since her mess-up, Susan has replayed the events in her head. The soundtrack for that mental film: “How could I have been such an idiot? I should have known that strategy wouldn’t work with this guy. Why didn’t I read his cues that I was off-track sooner? I’ve lost it. I’ve just been fooling myself to think I am good at this job.”

No wonder Susan feels hesitant. With that constant stream of negative self-talk, she’s continually reinforcing her feelings of shame and fear. Susan is triggering brain activity that keeps her in the brain’s “low road” emotion centers instead of the “high road” part that allows for clear thought and creativity.

Here’s what Daniel Goleman said about this phenomenon in his book, Social Intelligence: The New Science of Human Relationships:

“When we are under stress the HPA axis roars into action, preparing the body for crisis. Among other biological maneuvers, the amygdala commandeers the prefrontal cortex, the brain’s executive center…. As our brain hands decision-making over to the low road, we lose our ability to think at our best. The more intense the pressure, the more our performance and thinking will suffer. The ascendant amygdala handicaps our abilities for learning, for holding information in working memory, for reacting flexibly and creatively, for focusing attention at will, and for planning and organizing effectively….

The neural highway for dysphoria runs from the amygdala to the right side of the prefrontal cortex. As this circuitry activates, our thoughts fixate on what has triggered the distress. And as we become preoccupied by, say, worry or resentment, our mental agility sputters. Likewise, when we are sad activity levels in the prefrontal cortex drop and we generate fewer thoughts. Extremes of anxiety and anger on the one hand, and sadness on the other, push brain activity beyond its zones of effectiveness.”

Cleaning up after a mistake requires a range of practical and mental steps. For Susan, the key is to shift away from replaying the scene continuously in her mind. Being able to change her focus from that past incident will help ease the brain chemicals triggering her distress. Goleman wrote about such recovery in “Can You Pass this Stress Test?”:

“There’s a simple way to increase our recovery time from stress, as research at the lab run by Richard Davidson, a neuroscientist at the University of Wisconsin shows: rehearse letting go of our thoughts and returning our attention to a chosen topic. That mental move is the essence of mindfulness, or any other meditation. In my own research at Harvard on this, I found that people who meditated recovered more quickly from a stressful challenge later. I start my own day with such an inner workout.”

How Managers Respond to Mistakes

Glenn has a choice. He can come down hard on Susan and reprimand or punish her. Or he can help her learn from the mistake and move on. That second, kinder path doesn’t mean he accepts what she did. He can talk with her about how it impacts business and look at how she could have done things differently. Such a response shows he understands what’s best for Susan and his whole team in the long run.

Here’s what Goleman wrote about taking the kind path:

“If you respond without losing it yourself, it boosts an employee’s loyalty to you enormously ”” and he or she just might learn something about doing better next time around. It’s even better if you can deliver your reaction with a supportive tone, not a judgmental one. Call it managing with compassion. And despite its soft ring, research finds that compassion has better results than a tough-guy stance. For starters, people like and trust bosses who show kindness – and that in turn boosts their performance.”

Stepping Away from Frustration

Knowing your best choice is to manage with compassion doesn’t make it easy. How can Glenn step away from his frustration?

Make the Most of Mistakes

Susan isn’t the only one who can grow from her mistake. A skillful response from Glenn can help his whole team learn lessons to make them more effective in their work. And, he can reap a bonus as well. Employees who see him react to Susan with understanding rather than anger will become more loyal. Feeling positively toward your boss is a bigger factor in loyalty than a big paycheck. 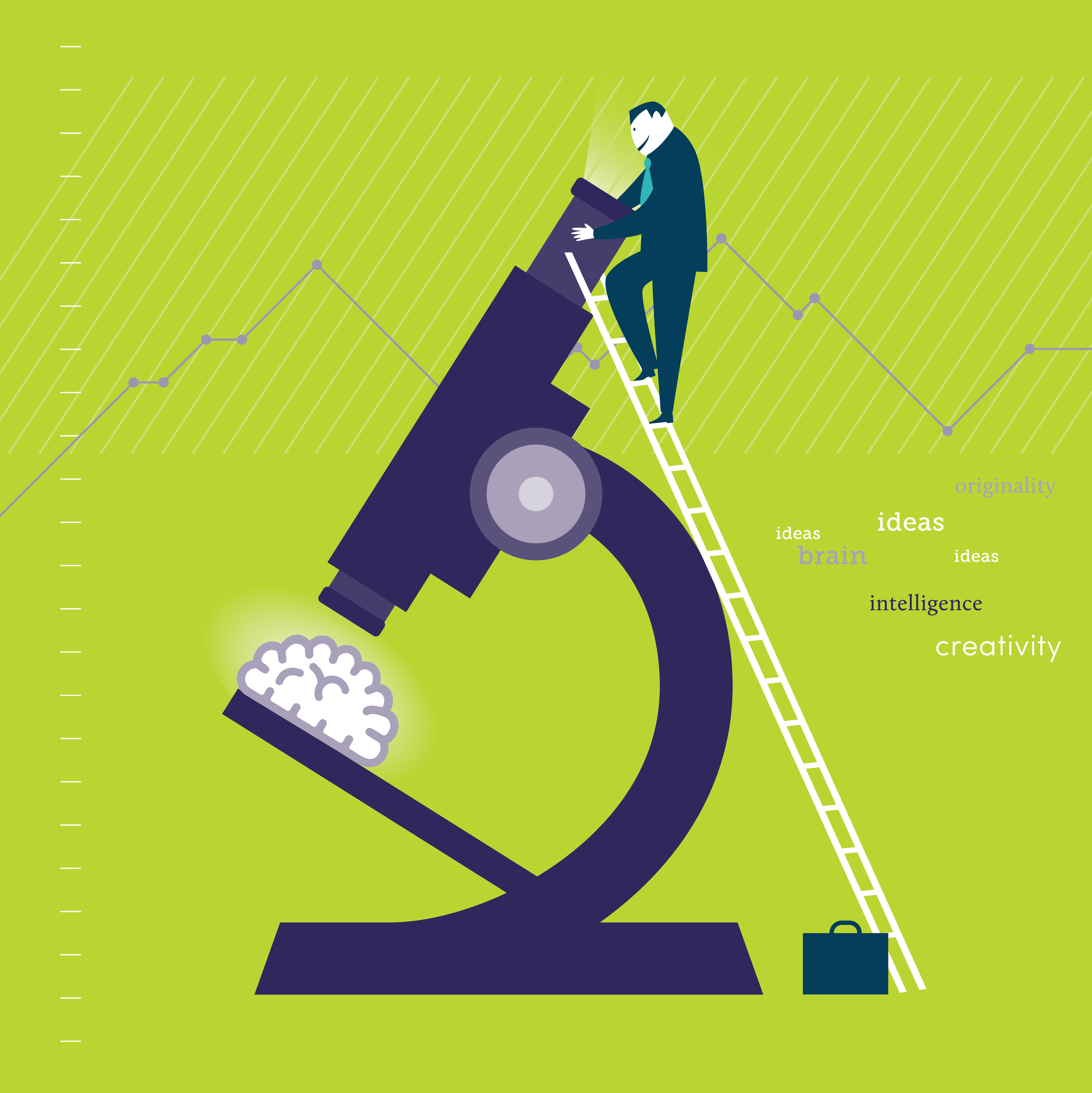 Leadership Development for the 21st Century

An effective ship captain makes sure his vessel’s systems are optimized to provide the best performance. As a leader, your brain is the navigational system steering the ship. To guide your organization in the right direction, you must optimize your brain and how you use it.

Science provides us with new information about optimal brain performance. Understanding how top-functioning brains work allows managers to choose leadership styles that enhance their ability to effectively focus on and perform their job. It also helps them seek out the right development partners. Just like a ship captain chooses the best experts to maintain and repair the ship’s systems, a wise leader will hire an executive coach or leadership development professional who understands the neuroscience behind their work to better provide the direction each leader needs.

Not Sure That Understanding Brain Science Matters?

Chances are you know a leader like this: Chris was furious after reading an email message saying a key project would miss its deadline. Chris stomped down the hall to the message’s sender and blew up, yelling “Missing this deadline is NOT an option! You all need to do whatever it takes to make sure we meet it!”

And, you must know (or have been) the people working for a leader like Chris. Some leaders think nothing of being tyrants, harshly ordering people around. On the surface, this might seem like it works. Employees will go along with whatever the alpha boss orders. But inside they’re saying, “I hate working for him.” That mindset does little to motivate a normally productive team.

In a recent article, Daniel Goleman explains that Chris’s behavior is caused by a particular brain system.

“Take that executive who lashes out, alienating the very people she depends on for her own success. Research by neuroscientist Joseph LeDoux at New York University tells us such emotional hijacks suggest an amygdala insufficiently controlled by the prefrontal cortex. That pattern of amygdala hijacks can be seen in toddlers, many teenagers – and quite a few executives. In the case of kids and teens, the normal maturation of the brain’s self-management circuitry should take care of the problem. For the executive, this could call for some focused work with a coach.”

Now, imagine you’re Chris and the CEO told you to work with a coach, Pat, on your leadership style. Your reaction? “Whatever! My style is fine!” But you’ll do what the boss says.

Pat realizes Chris needs convincing. And, Pat knows his knowledge of the neuroscience behind his advice will help. Pat doesn’t pull suggestions out of thin air. His coaching is based on understanding brain systems and using that information to make changes in leaders’ actions. He also knows leaders who understand brain science are more likely to buy in to change.

When Pat met with Chris, he said, “Your department has been very successful this past year, but I can help you accomplish even more. To motivate your employees to give their all, it helps to understand how minds work and how to manage ourselves and use a style that motivates employees to give their all. Science tells us about styles of relating that are very effective at inspiring and motivating people. And, more motivation equals more productivity. The good news is that brains can change with repeated practice and exercise. Let’s put this data to work for you.”

Registrants will have access to the recorded discussions shortly after each broadcast. 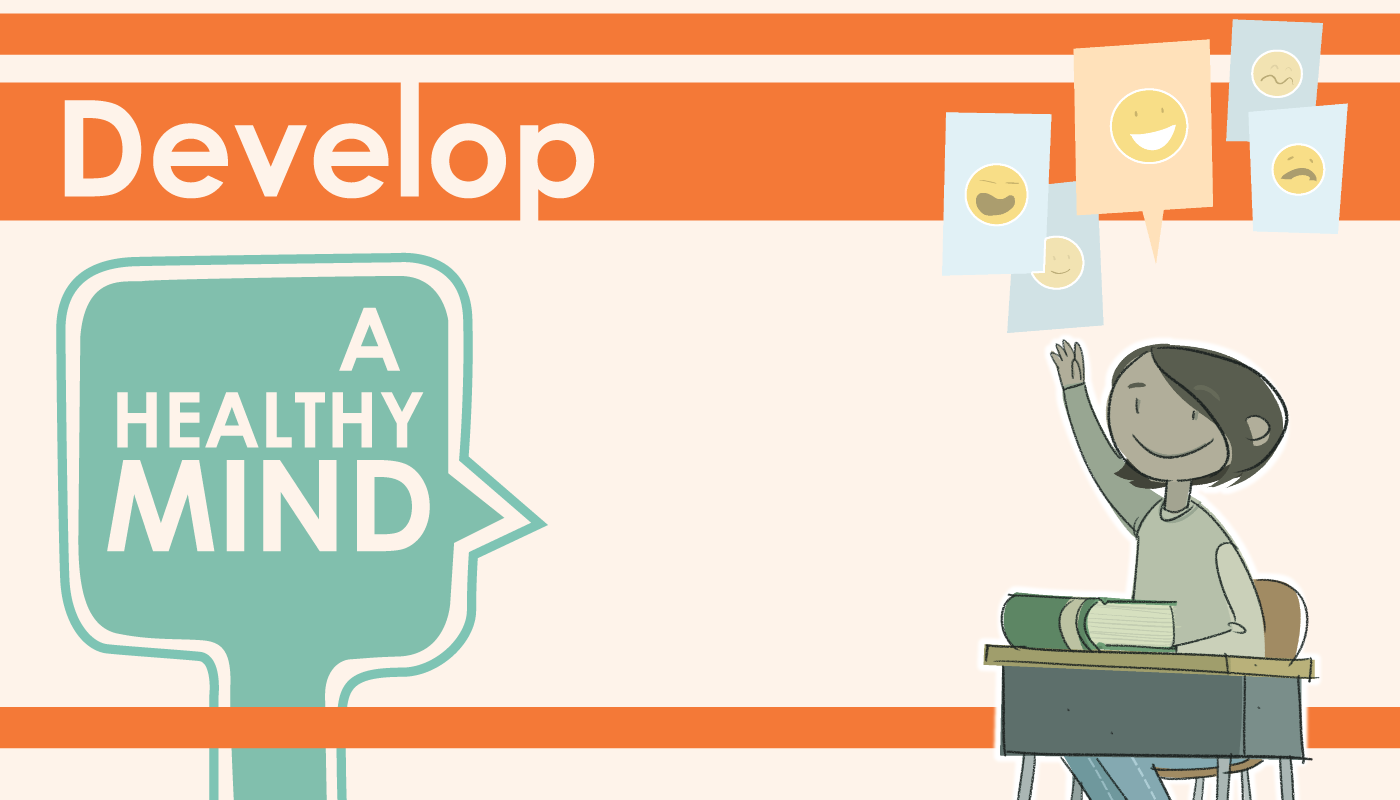 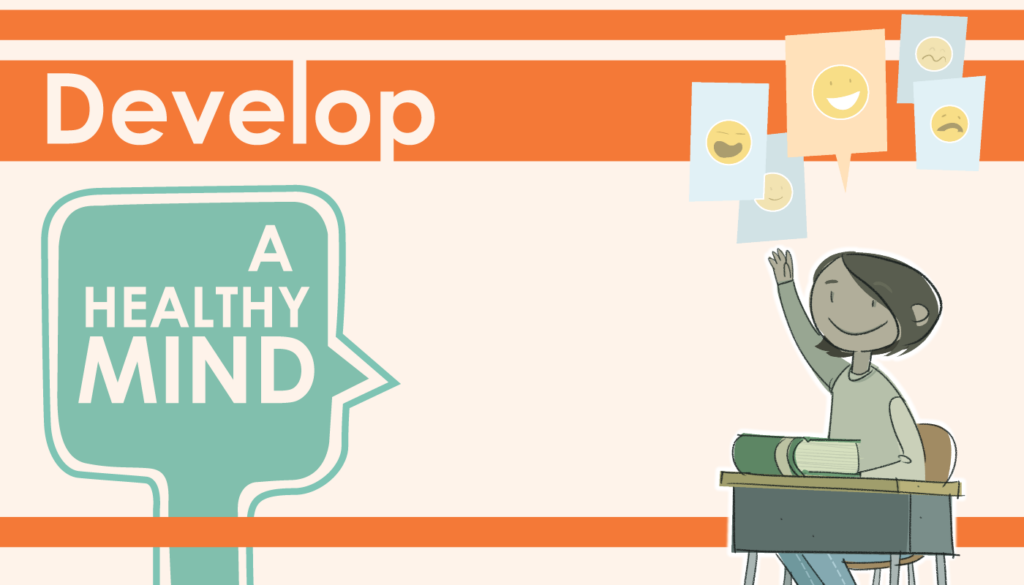 A key component to helping children develop a healthy mind is teaching them self-awareness and empathy.

Like learning any new skill, these two kinds of awareness can be developed through regular practice. We know from modern neuroscience research that to establish new connections in the brain, systematic practice is essential. Unfortunately, traditional curricula often ignore these topics, which are building blocks for all other types of learning.

If children are unable to exercise cognitive control and to pay attention, they won’t be able to learn – or worse, manage their emotions. Starting in preschool, we can introduce very simple exercises to cultivate these qualities of attention.

For example, here’s an exercise that can be done with four- and five-year-old children. Ring a bell that lasts for 15 seconds. Ask the children to pay very, very close attention to the sound and, as soon as they no longer hear it, to raise their hand. What happens in a class of 25 children during the time the bell is sounded? There’s a dramatic stillness. Kids will just start to raise their hand. They love this exercise. 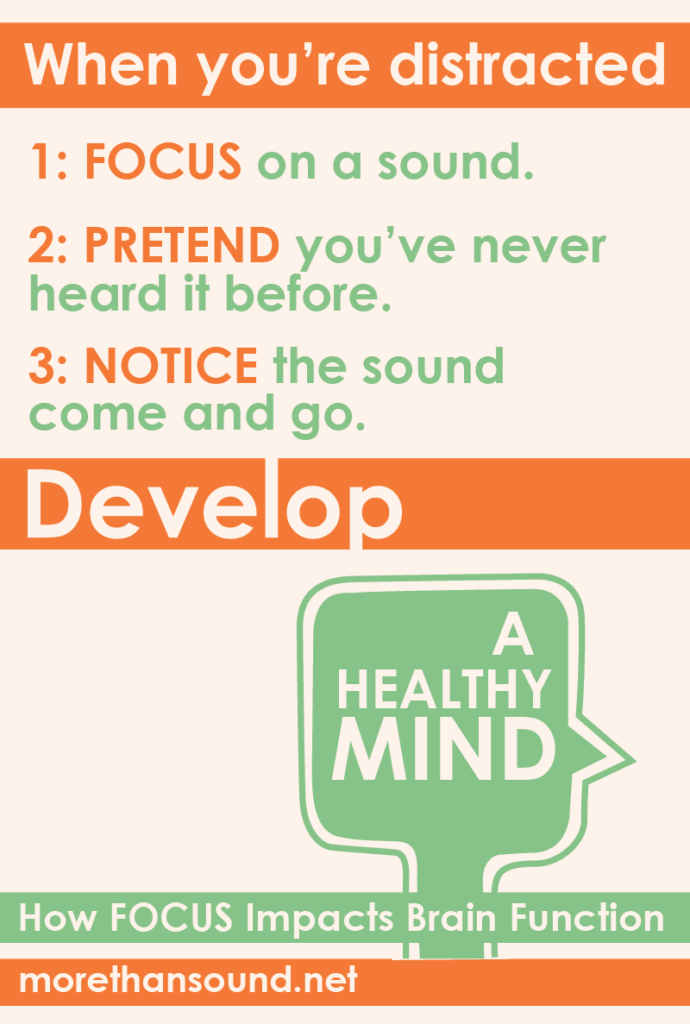 Other exercises have children pay attention to internal bodily states. Practicing this helps cultivate attention and empathy, because empathy very much involves understanding how your own body is responding.

Tania Singer, a neuroscientist at the Max Planck Institute, studies empathy. Tania says that when you experience empathy, systems within your own brain are automatically attuning to the emotional or internal state of another person – and duplicating that in yourself. In order to know how the other person feels you actually are attuning to yourself using the insula as a principal pathway. Those changes can occur consciously or non-consciously. To take full advantage of the changes you must become aware of them.

How can we strengthen the brain circuitry, the prefrontal circuitry or insula circuitry, in children for this kind of awareness? Practice attention training. Another simple exercise for children is to have them practice paying attention to their breathing. While the children are lying on the floor, have each child place a little stone or stuffed animal on her or his belly. Ask the children to observe the object rising and falling with each breath cycle. Not only is this extremely relaxing, it’s also something that helps them focus their attention on their internal bodily sensations. 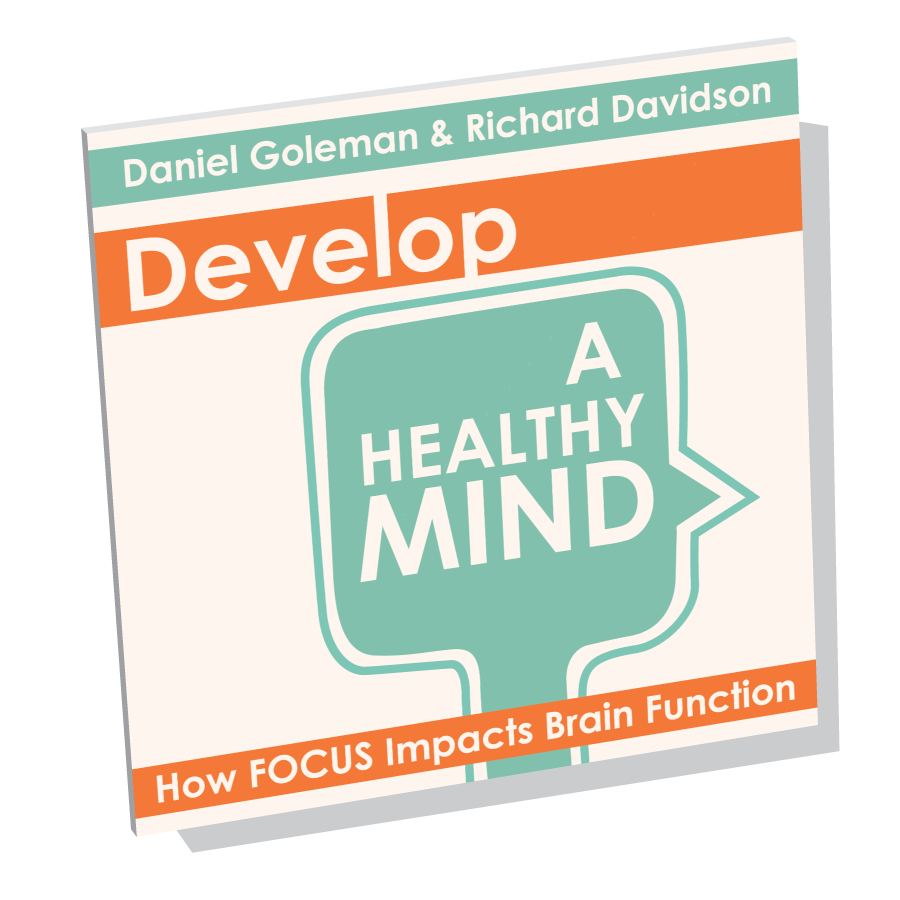 The Triple Focus: A New Approach to Education 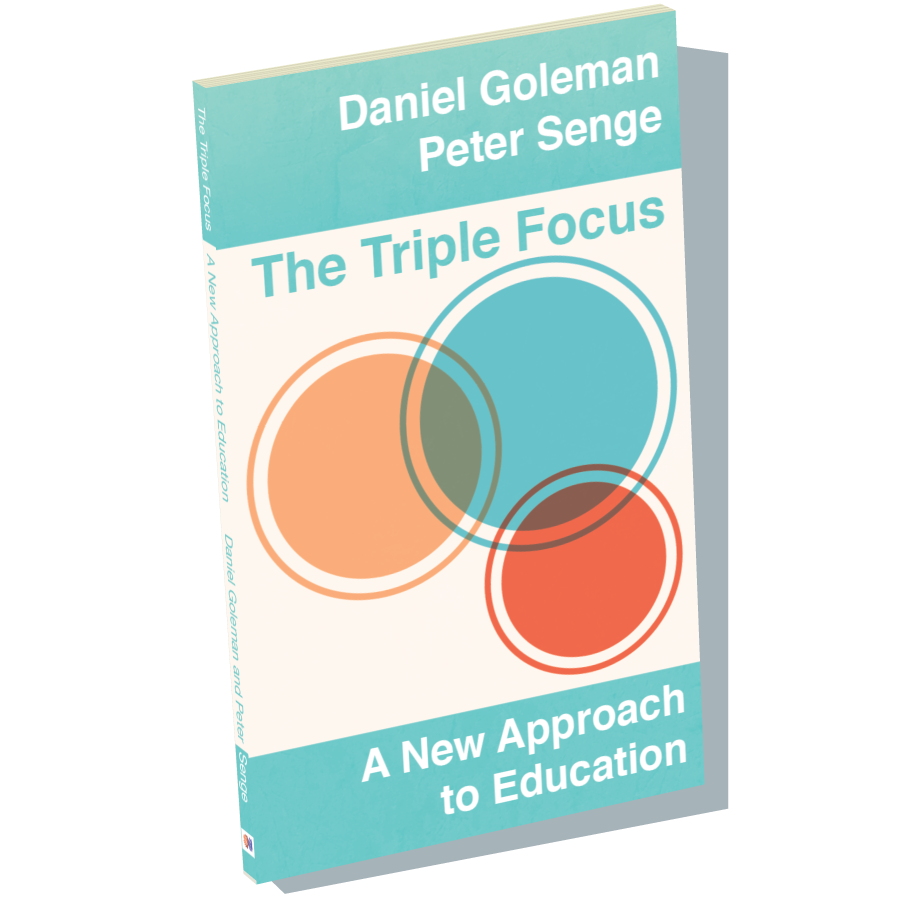 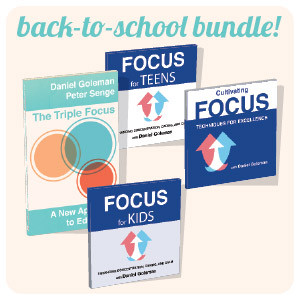 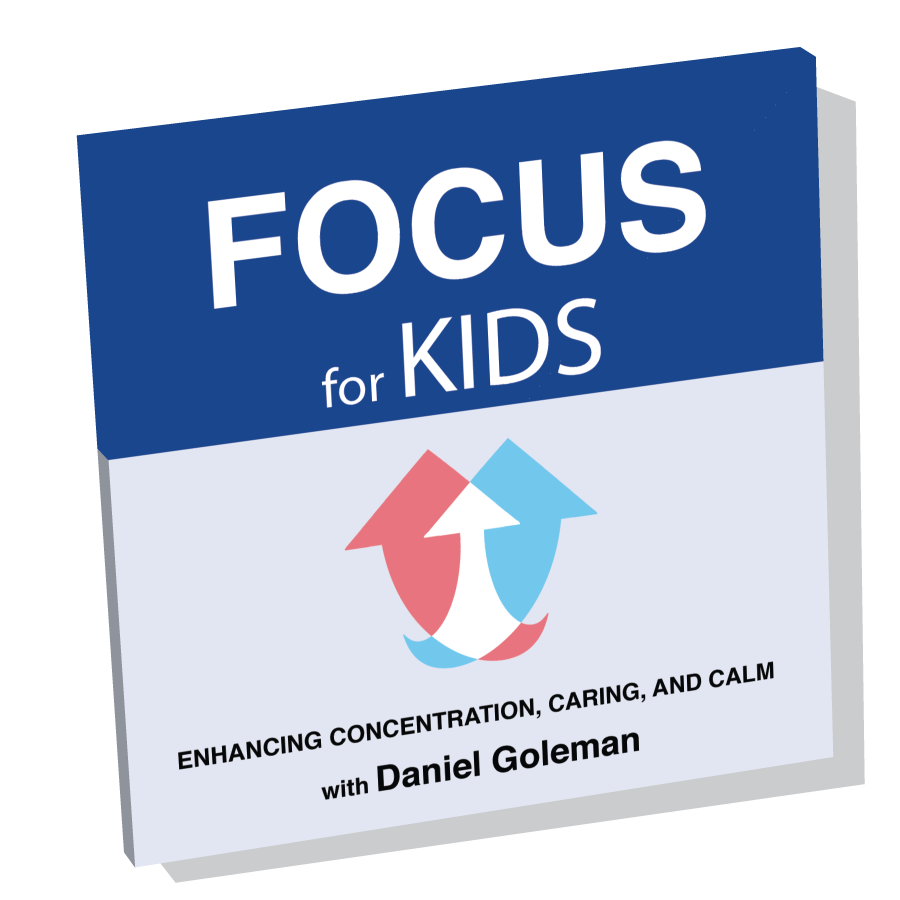 Bridging the Hearts and Minds of Youth 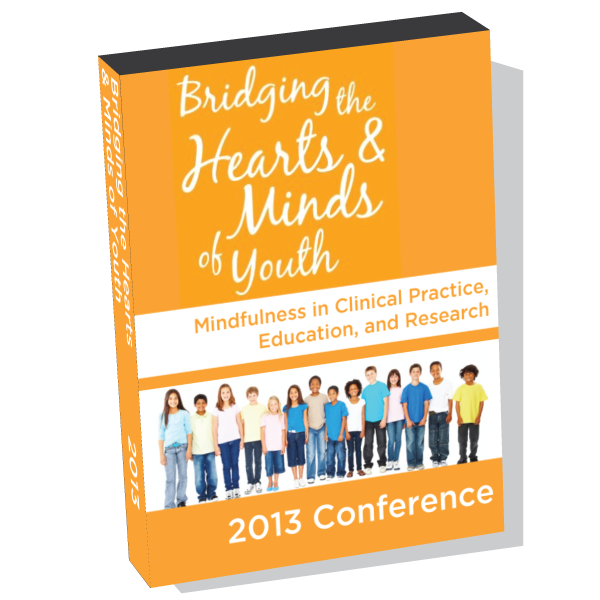