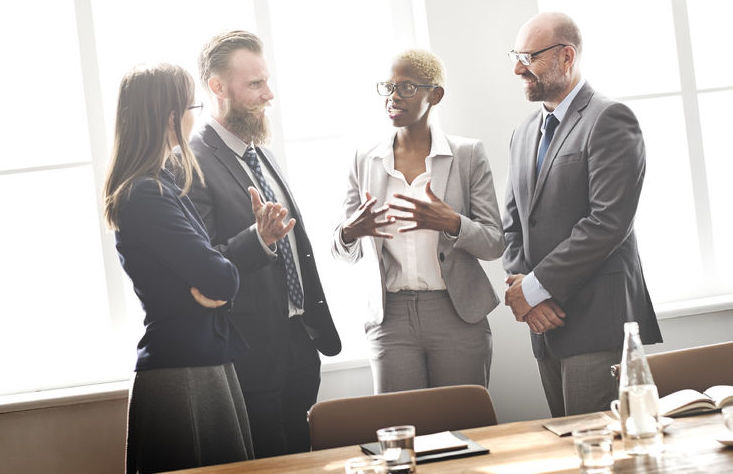 Investment in coaching and mentoring activity can have a positive, or even transformative, impact on leader effectiveness. By focusing on coaching and mentoring, leaders can help their team develop Emotional and Social Intelligence (ESI) competencies and minimize the impact of the negative aspects of organizational culture on performance. These are some of the results of my analysis of in-depth interviews with 42 leaders, which included use of the ESI model developed by Daniel Goleman and Richard Boyatzis.

Successful coaching and mentoring is seen in leaders with a commitment to career-oriented development of others.

This includes guiding others to identify and follow through on their own strategies for improvement. Since many of the leaders I interviewed had lengthy and successful leadership careers, it was not surprising that this topic was the second most frequently referenced competency identified in the study. This competency is exemplified in leaders who:

Participants also clearly expressed that their own career successes were linked to the higher performing teams they created through consistent coaching and mentoring. Many stressed the importance of this approach, often reporting that it accounted for 15-20% of their time.

The participants in my study said that mindfulness helped them develop the level of self-awareness and social awareness they needed to identify how to coach and mentor in an effective way. This included identifying interpersonal cues needed to determine whether or not their behaviors were having the desired effect. A part of this process also required leaders to regularly reflect upon what others need, and how to use that understanding in a way that their subordinates and peers would respond to.

Many leaders also reported coming to the realization that a leader/follower relationship is one of co-dependence. Therefore, the leader must systematically let go of thoughts and behaviors motivated solely by their personal interests. Instead, they began to base their decisions on two core values that appeal to everyone:

“Being a “coach and mentor” to others has very real, measurable value for emotionally intelligent leaders.”

The Value of Coaching and Mentoring

The leaders I interviewed indicated that much of this activity was voluntary on their part. However, they also reported that their commitment to coaching and mentoring was well worth the investment of their time, and linked it to numerous benefits, including:

Participants described the creation of strong, intra-team relationships that helped to address negative aspects of organizational culture, such as concerns about job security and disruption within the workplace. For example, subordinates responded positively to development efforts that increased their market value and ability to advance and/or move laterally, if needed. Leaders also provided examples of their efforts contributing to an enduring, trust-based professional/personal network that transcended individual organizations.

Authentic, supportive relationships that extend beyond traditional workplace boundaries were specifically linked to improved team output as well. For instance, leaders commented on the value they experienced by openly sharing stories of personal struggles interfering with their workplace performance. They also reported making a point of identifying when their direct reports and peers seemed to be having similar difficulties, and proactively creating a channel for safe, open dialogue focused on helping.

Coaching and Mentoring in Action

The leaders in my study identified a variety of forms of effective coaching and mentoring activity. A common strategy was obtaining organizational resources to support training requirements. However, the way in which leaders interacted with their direct reports on a daily basis was also a key part of their approach. For example, a senior manager with a global engineering and manufacturing firm described an emphasis on “stretch assignments” and cultivating autonomy: “… I step back and allow people to lead me so that I am supporting them and giving them the courage to do something that they are not used to doing.”

Examples like this showed that leaders were capable of utilizing the scaffolding concept for supporting learning and development set forth by Dixon, Carnine, and Kameenui. This strategy reflects an understanding of the importance of a knowledgeable person being available to provide input and direction during the process of development, with the aim of gradually transitioning to independent action.

Another senior leader, with a major international manufacturing company, focused discussion on the value of action-oriented feedback: “…I just said that it’s really important that you ask these questions during your interaction with the client… it would’ve been a much more natural part of their conversation, rather than me entering into that conversation later.”  This illustrates the importance of utilizing highly contextualized, task-centered interventions to develop understanding of the processes and interrelated variables involved in solving problems. The importance of this level of understanding has been explored in the work of  Weick and Roberts and leaders described developing it with a method that aligns with the Direct Instruction model for improving skill acquisition and retention.

In addition to making a sincere effort to make training and development resources available to subordinates, a strategy for effective coaching and mentoring activity also includes the following:

Based on what leaders told me, I recommend working towards an intermingling of mindfulness practice and coaching and mentoring activities. For example, maintain focus on the importance of diligent, daily coaching and mentoring activity, as well as the reasons for making it a priority. In this context, give additional attention to the competencies of empathy, emotional self-control, and influence as enablers of your commitment to develop others. This, in turn, will help you identify activities and opportunities for achieving those goals.

In Coach and Mentor: A Primer, Daniel Goleman, Richard Boyatzis, and colleagues introduce Emotional Intelligence and dive deep into the Coach and Mentor Competency, exploring what’s needed to develop this capacity in leadership.

“Here’s what it means to be a “coach and mentor” with Emotional Intelligence.”

Dr. Matthew Lippincott has Doctoral and Master’s degrees from the University of Pennsylvania CLO Program, where his research focused on organizational leadership, EI and mindfulness. He is also a founding partner at a day surgery center in Texas, and has a background in healthcare growth funding and business development. Dr. Lippincott’s dissertation examines the benefits that organizational leaders attribute to mindfulness.