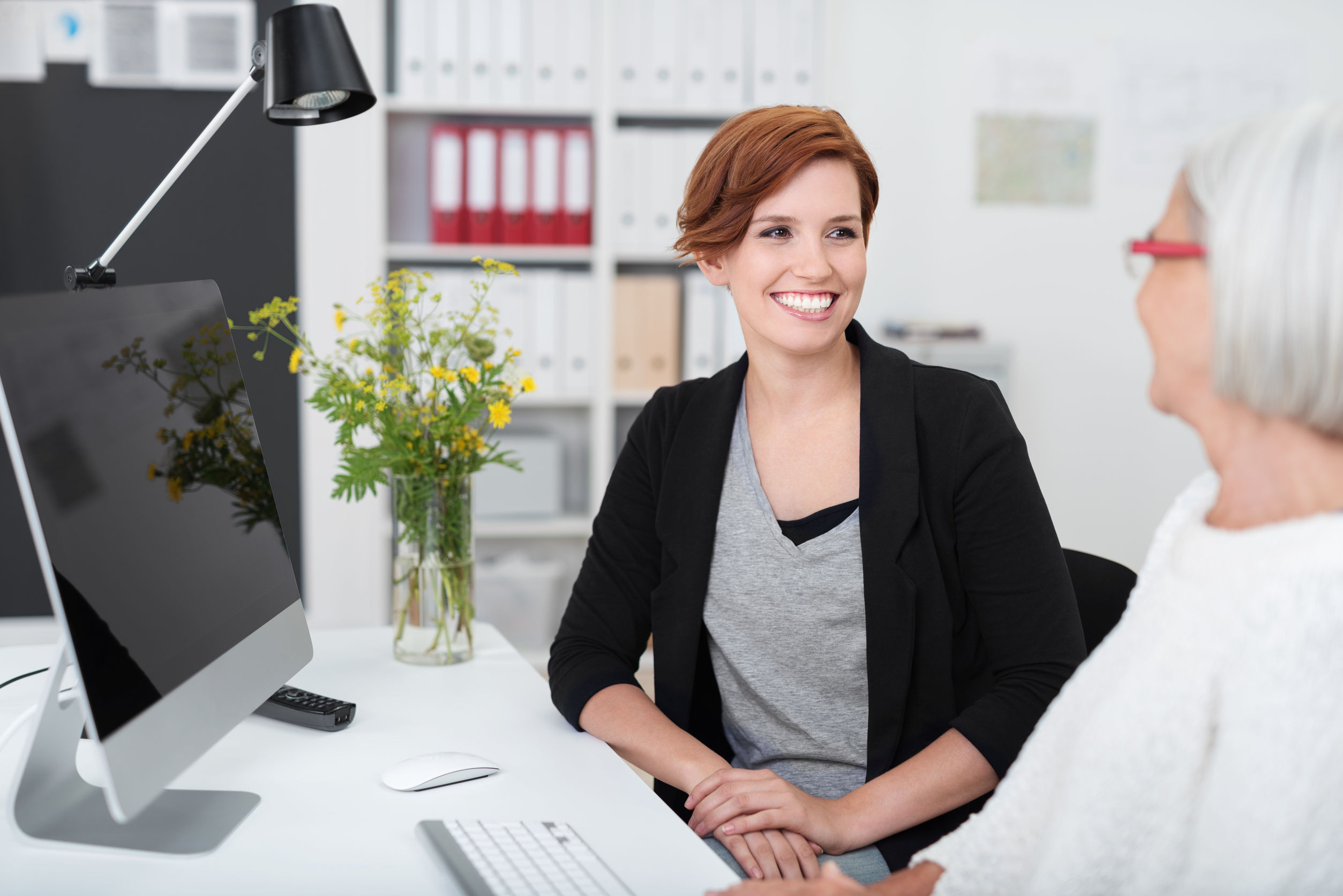 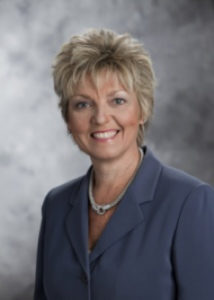 In the fifth installment of Coaching for Emotional Intelligence, Kathy Bollinger, a Meta-Coach for the Daniel Goleman Emotional Intelligence Coaching Certification discusses the future of women in leadership, coaching during mergers and acquisitions, and more. Previous installments of this series include interviews with Meta-Coaches Dot Proux, Kully Jaswal, and Wagner Denuzzo as well as Faculty member Michelle Maldonado.

Starting her career as a Speech/Language Pathologist, Kathy learned firsthand the importance of listening to understand and the power of communication. In the 30+ years since, she’s had numerous executive roles at Banner Health and was the founding CEO of a hospital. Kathy has coached hundreds of high potential leaders and has become convinced that though some may be born leaders, most of us continuously learn to become so.

You recently retired from a thirty-nine-year career in healthcare, during which you held several executive roles and implemented coaching as a core competency among your leaders. In what ways has the role of coaching evolved throughout your career?

Coaching has been part of my career – even before I knew anything formally about coaching. My career began as a Speech/Language Pathologist. It was during those years, from my patients, that I really came to understand how isolating it is to not be heard, not be able to give voice to thought, opinions, and requests for simple, basic needs. Those years truly refined my active listening – but I still didn’t know anything about coaching.

I began a search for greater tools when I was in my first CEO role. I had decent self-awareness – knew what I was good at and what I wasn’t – but I found myself accountable for leading a very bright team of equally competent and ambitious people. I wanted more and better tools. It was then that I began my research and I can remember the day I discovered there was a science/art of coaching. I read Dan Goleman’s work on Emotional Intelligence and I was on fire to learn. I selected Hudson Institute (Santa Barbara, CA) for my training. During the program, you must coach and be coached. I gifted my C-Suite team members (now in my role as a CEO at a different hospital) six coaching sessions from my student coach colleagues. I wanted them to learn for themselves how transformative this could be. I was relatively new as this team’s CEO so though I was sharing all my learnings, I knew it would be more powerful if they could experience coaching for themselves. We then had a shared language. The conversations began to change and we collectively committed to being vulnerable and bringing “Coaches Corner” down to the front line of the organization.

What are your thoughts on Emotional Intelligence?

I truly believe EI is a required competency for life. On the professional side, I have seen it make the difference for many very talented people. I grew intrigued early on by the various definitions of EI used by my executive colleagues. Some focused on professional dress. Some focused on extroversion or introversion (depending on their preference). Some believed they “knew it when they saw it.”

By that time, I was coaching many high potential leaders in our organization and I was committed to providing something more actionable for my colleague clients. When I began my study of EI, I focused on a very practical level, on self-awareness. I learned that it can be developed in a potent way. I recall a specific moment in time when I was asked to coach a “bottom 10% leader” (she lacked leadership effectiveness and the ability to engage her team). I can still remember my raw reaction: “Coaching is for high potential people that have strong self-awareness and a true commitment to achieve their goals.” Boy, did this colleague prove me wrong quickly. Though embarrassed, she was on fire to learn, was so very prepared to dig deep, to practice, and became a Top 10% leader that next survey cycle. She taught me that we can all improve.

On a personal level, EI competency just makes every relationship more rewarding. I only wish I knew these skills at the beginning of my 38-year marriage!

“I truly believe EI is a required competency for life. I have seen it make the difference for many very talented people.”

You played a critical role in the successful transition of the former University of Arizona Health Network hospitals to Banner as well as Banner Health’s $300 million acquisition of the Sun Health medical system. What advice do you have for leaders guiding mergers and acquisitions? Can coaching improve outcomes in these situations?

Oh, good grief, yes. Any merger, acquisition, partnership of any kind is first and foremost all about culture. Shortchange that and you will shortchange the desired outcomes. There is no shortcut and there is no getting around getting down to the basic values and purpose of each stakeholder. Until those are known, respected, and woven into the new culture, very little of substance gets done. In many ways, my last 4-year assignment was a mega coaching assignment. There were clearly MANY tactical things to get accomplished, and I had a great time with that focus. I was part communication disorders professional, part coach, part cheerleader, part bull-dog as failure was not an option. Never before in my career have I relied on and improved my coaching effectiveness. I encourage anyone in this situation to seek professional engagement of masterful coaches.

Could you share a difficult experience you had with a coaching client and how you handled it?

Very early on, I was asked by a young professional to engage in a coaching relationship. We met for the first time and it was clear to me that he was seeking more of a mentoring engagement as he desired to learn how to achieve the CEO role I held. As he spoke, I found my mind drifting and judging his words. I recall specifically feeling like a very old person as I listened to my mind say, “this kid is 24 years old, he has no idea what it takes to get here.” In the end, I suggested a colleague that would in fact be a better mentor for him. I learned two things from that experience: both parties of a mentoring or coaching relationship must be right for each other, and even more importantly, I made it all about me. I’ve since coached many young, ambitious colleagues and found a way to get out of my own head to support some amazing career journeys.

“Any merger, acquisition, partnership of any kind is first and foremost all about culture. Shortchange that and you will shortchange the desired outcomes.”

While women continue to break glass ceilings in the corporate world, these gains may be diminishing. After an all-time high in 2017, the number of women in the boardroom of Fortune 500 companies is estimated to have dropped by 25% this year. As a former executive and founding CEO, how do you envision the future of women in leadership? What can women leaders do to set themselves up for success in a world in which the gender pay gap persists?

Don’t make it about gender.

I was recently reflecting on what it was like to be the first female hospital CEO in my organization. I was in a boardroom with fellow CEOs and physician Chiefs of Staff.  When the Physician Executive leading the meeting got to me for introduction, he said “whose assistant are you?”. I very clearly remember standing up and introducing myself as the CEO of my facility – to which he, surprised, replied, “Oh.”  I look around my organization (and healthcare as an industry) and see just how much that has changed. I acknowledge that many industries have not made the progress made in healthcare.

At the end of the day, I firmly believe that the leadership team should reflect the constituents of that organization. For me that speaks to diversity of all kinds – to include diversity of thought and style. Anybody leading an organization or a team should look around his or her table and see those that make up the company. If not, there is work to do to ensure that all perspectives are being considered.

Lastly and very importantly, women executives must turn around and bring the next generation forward. I have witnessed amazing examples of this and sadly, I have also witnessed female executives working against one another and the greater good. We need to begin these investments in our millennial women. I am so very proud of my 28-year-old daughter that is doing just this with her business. They are not us and we are not them. But – we clearly have things to learn and teach.

What advice do you have for people who would like to become coaches?

Act on it. Research options. Find a program that matches your interests.

Ensure that your desire is not therapy for yourself. IF that’s the need, invest in yourself first and then pursue your interest in coaching.

“Women executives must turn around and bring the next generation forward. We need to begin these investments in our millennial women.”

Interested in being coached by Kathy and becoming a certified coach yourself? Apply now for the Daniel Goleman Emotional Intelligence Coaching Certification. This in-depth program, akin to a professional degree, draws upon a range of evidence-based concepts and practices, including the Emotional & Social Intelligence framework. Coaches will gain meaningful new insights to impact their personal and professional lives through online learning, one-on-one guidance from a Meta-Coach, a coaching practicum, and more.